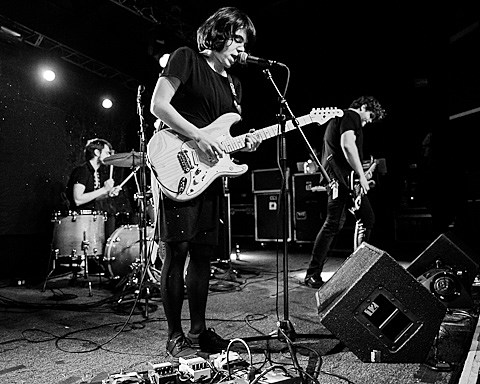 As discussed, Screaming Females frontwoman Marissa Paternoster is producing the new Modern Hut (the project of Don Giovanni co-founder Joe Steinhardt) album, Generic Treasure (due out 8/6), and she's now announced that she'll be taking her solo project, Noun, on a short Northeast tour with Modern Hut around the time of the album's release. The tour hits NYC on August 9 at Death by Audio with their labelmates Shellshag, who will be playing unplugged, Lauren Measure's current band, Worriers, and singer/songwriter Mal Blum, making for an all-around great bill. Admission for that show is $7 at the door. All dates are listed below.

Meanwhile, Marissa's band Screaming Females were the special guest opener at Titus Andronicus' Maxwell's show last night, their second of three shows (the final one is tonight, 7/16). CoolDadMusic caught the show, and wrote:

Marissa Paternoster showed up in her usual black, though in short sleeves and collarless this time, perhaps in a nod to the sweltering temperatures. The band opened with "I Don't Mind It" from 2010's Castle Talk and blazed through other favorites like "Expire," "Extinction," and "It All Means Nothing" from 2012's Ugly and "Poison Arrow" from this year's Chalk Tape EP. Paternoster's fingers appeared never to cease moving, while the rhythm section of King Mike and Jarrett D kept everything moving forcefully ever-forward.

Screaming Females play their own Maxwell's show on Sunday (7/21) with Nuclear Santa Claust (sold out). It's an early show before Ted Leo and Shellshag play (also sold out).

Then, as just mentioned, Screaming Females will head out on the road with labelmates Waxahatchee and Tenement for a tour that hits the NYC-area on 9/14 at MHOW, 9/16 at Bowery Ballroom, and 9/28 at Asbury Lanes. Tickets for the NYC shows go on sale Friday (7/19) at noon with an AmEx presale starting Wednesday (7/17) at noon. Check Asbury Lanes' site for ticket info on that show.

All dates on the Modern Hut/Noun tour are listed, along with the tour flyer and some song streams, below... 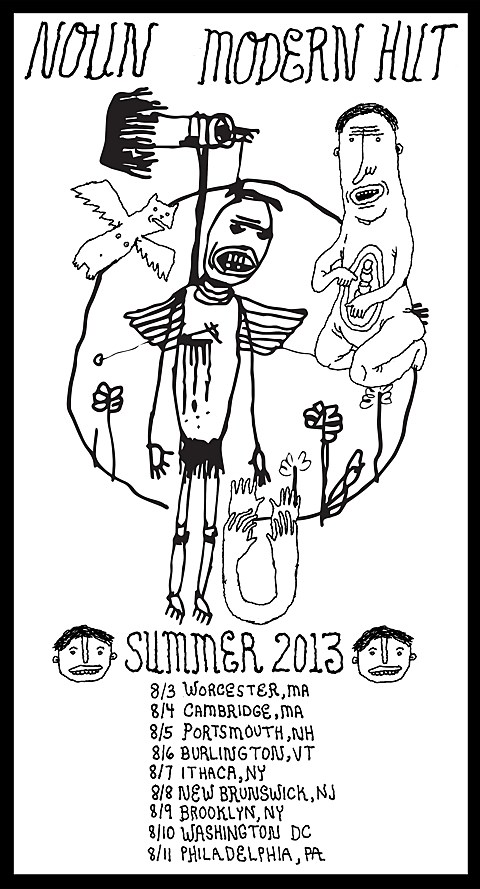