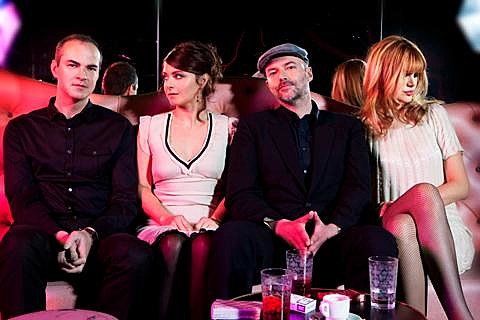 Kitschy French cover artists Nouvelle Vague are currently on tour with their musical, "The Dawn of Innocence," which strings together many of their bossa nova new wave covers into a sex-and-death filled narrative. (Or something.) Sounds like fun. The tour hits NYC on 10/25 at Irving Plaza. Tickets are on sale now.

All tour dates are listed at the bottom of this post, along with a few videos.