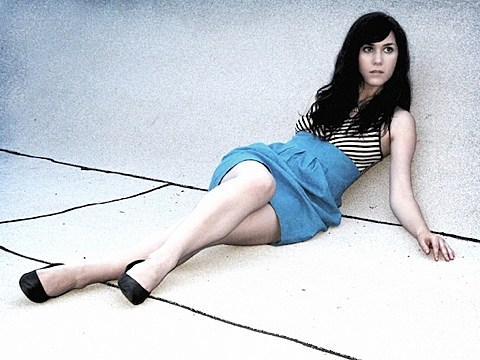 Noveller (aka former Parts & Labor guitarist Sarah Lipstate) returned last month (10/22) with her sixth full length album, No Dreams, another collection of her layered, gorgeous drone-guitar atmospheres. She also just recently made a video for the album's title track, which you can watch, along with a stream of the entire record, below.

Noveller has also announced that she'll be the support act on organ-loving dream pop musician Anna von Hausswolf's tour, which hits NYC for previously-discussed NYC shows on December 6 at Union Hall and December 7 at Mercury Lounge. That's a great double bill of ethereal music. Tickets for the Union Hall show and the Merc show are still available.

All dates are listed, along with the video and LP stream, below...