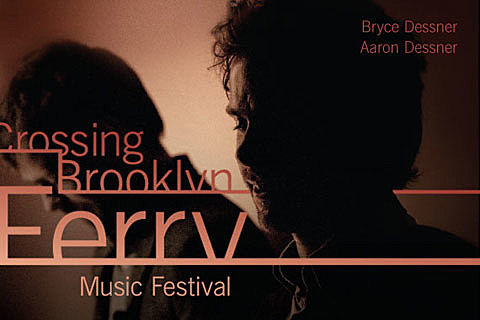 Speaking of "Crossing Brooklyn Ferry", the Dessner brother-curated festival coming to the Brooklyn Academy of Music in May (May 3-5 to be exact), I have the names of a few people who will be part of it.

The Brooklyn Youth Chorus, who worked with the Dessners in 2011 (for a show at St. Ann's and an Ecstatic one at Merkin Concert Hall), will sing a major new work written for them by Bryce Dessner. The NOW Ensemble will perform Sarah Kirkland Snider's "Pale As Centuries", a work they premiered in October at the Miller Theatre as part of the SONiC Festival. That happens on May 5, 2012. The Brooklyn Youth Chorus date is TBD, but it will happen sometime within the fesival's three days in one of the "various venues in the Peter Jay Sharp Building."

Stay tuned for more lineup additions (including probably a bunch of indie rock ones). Tickets go on sale in March.

Meanwhile, NOW Ensemble plays with Dan Deacon in March as part of the 2012 Ecstatic Music Festival which begins this week. Listen to/watch a festival preview at the Greene Space even sooner.