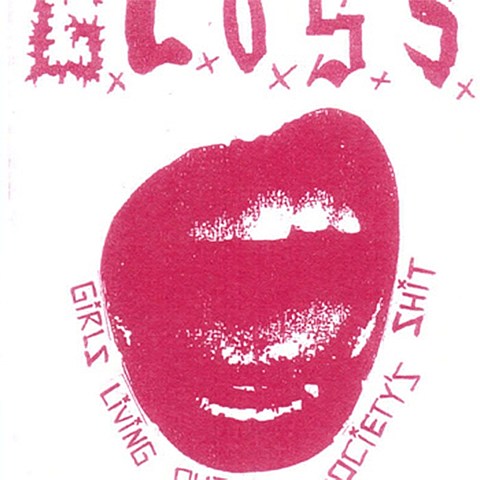 It's that time again. We're about halfway through 2015, and music websites have been posting lists of their favorite music of the year so far. NPR posted their favorite albums, favorite songs and favorite new artists. As always, NPR's list is especially diverse. It has a lot of the artists that have ended up on mosts lists this year (Alabama Shakes, Bjork, Courtney Barnett, The Social Experiment, Kendrick Lamar, Sufjan Stevens, etc) but also jazz, classical, ambient, Cumbia, and less universally-acclaimed country and metal artists. There's definitely some cool stuff on there to check out. You can listen to their songs list here (over 100 songs, and you're allowed 6 skips) and look at the written list here. Albums here. New artists here.

One artist that they highlighted on their 'new artists' and 'songs' lists that we haven't gotten a chance to talk about here on BV yet is Olympia's G.L.O.S.S.. The name stands for "Girls Living Outside Society's Shit" and as Lars Gotrich puts it on NPR, they're a "band full of transgendered women and queer and queer-femmes." Their demo has them using the platform of raw hardcore punk to get their very unsubtle message across. For example, the song "Masculine Artifice" begins like this:

It's 100% unpolished, unfiltered aggression, and it rips like all hell. If you dig punk with a purpose, check this out below.

The band is touring this fall, and while all dates haven't been announced yet, we know they're playing NYC on September 23 at Silent Barn with Aye Nako and Moor Mother Goddess. Stay tuned for more info.