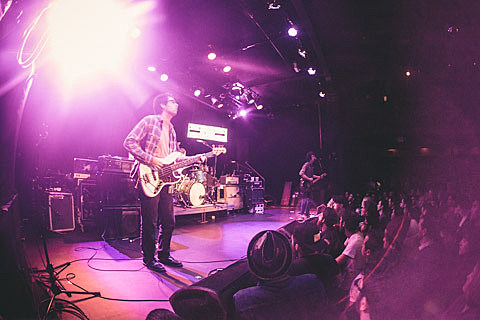 As mentioned, Brooklyn garage rockers Marvin Berry and the New Sound have signed to Don Giovanni for their new LP, Bootleg (due out 2/25), and will play a release show for the new album on February 21 at Union Pool with Liquor Store and Hector's Pets. Since we last spoke, that lineup got even better because power pop trio Nude Beach (who just played the Don Giovanni showcase) were added. Advance tickets for the show are available. Nude Beach's only other upcoming dates at the moment are some support slots on The Men's tour (none in NYC), all of which are listed below.

In other Don Giovanni news, New Brunswick punks Brick Mower, who also just played the DG showcase, announced that their new album, Teenage Graceland, will be out on the label on March 25. You can stream its first single, "Shitty Parade," below.

All Nude Beach dates are listed, along with the Brick Mower stream and a few more streams from the new Marvin Berry LP, below...

Marvin Berry and the New Sound - 3 songs from Bootleg