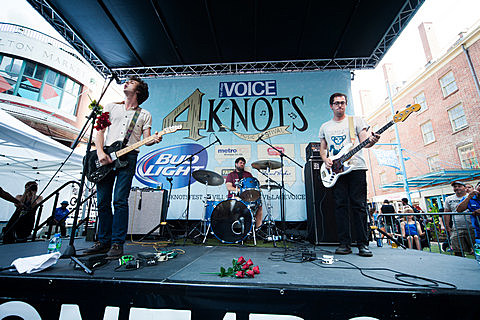 Brooklyn's Nude Beach have been readying their new LP 77 for Don Giovanni, and they've just announced a release show for that record. It will take place in NYC on November 5 at Mercury Lounge. Tickets will go on AmEx presage starting Wednesday (8/20) at noon, and on sale to the general public on Friday (8/22) at noon.

Nude Beach also recently shared another new song from 77 called "For You," another catchy slice of classic-rock inflected power-pop. Its already stuck in my head, and you can stream it below...