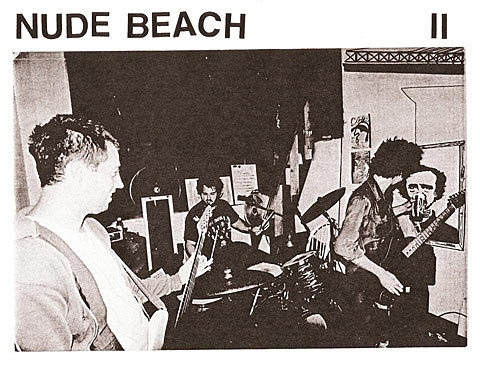 Nude Beach hit Glasslands tonight (6/6) supporting The Babies, but the show is far from their only local show scheduled in the area. In fact, Nude Beach has no less than nine other local shows scheduled in support of their stellar II LP which is getting a re-release via Other Music Recording Co. on August 14th.

After heading out for dates in DC, Richmond and Philly this weekend, Nude Beach will head back to NYC to play two Northside Festival showcases: The Other Music showcase at Union Pool on 6/14 with Ex-Cops, The Everymen a mystery headliner (see flyer below), and Public Assembly on 6/16 for the Academy Records Annex showcase with Golden Clouds, and Nymph. No advance tickets for either show... so buy at the door or use your trusty Northside badge.

But that Union Pool date isn't their only show at the venue, the band will also return to play August 16th with Golden Clouds & Swearin' as part of a record release show for the OM pressing. It's their last in a particularly fertile month of dates that will also see them play Tommy's Tavern on 6/28 with White Lung, Casanovas in Heat, California X; the previously discussed The Young show at 285 Kent on June 29 with Census, Zach Cale; July 23rd at 285 Kent with Milk Music (!);  an Other Music In-Store on August 13th, a TBA show on August 6th with Ohio's Delay; and Death by Audio on August 29th with Naomi Punk. Whew! Getting tired just thinking about all that gear they'll have lug around.

And yes, you did read right. Both Milk Music and White Lung (who just recorded a new 7") are on their way back to NYC, with the former playing dates surrounding their Pitchfork appearance and the latter swinging through for a show at Tommy's Tavern. Limited info is available for dates on either, but the known MM tour dates are below.

A listing of all tour dates, the flyer for the Other Music Northside show, and a stream of a few songs from II are below. 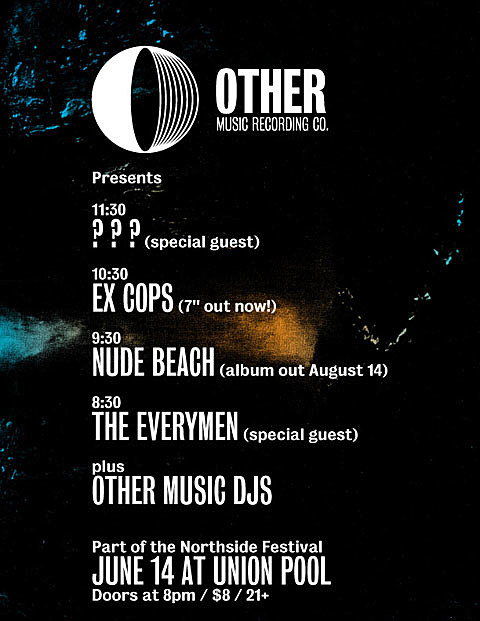