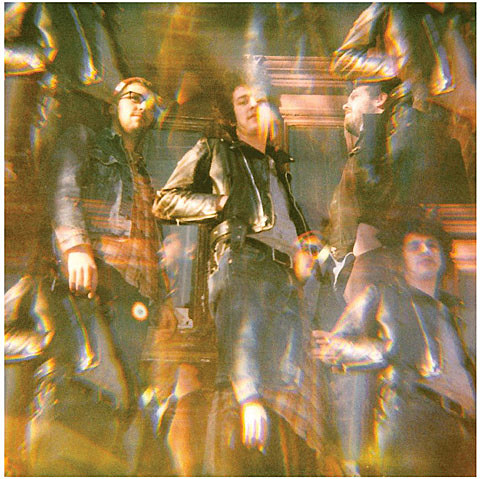 Brooklyn band Nude Beach's new LP II has a a pronounced punk edge, while falling somewhere between the Americana of Tom Petty, Bruce Springsteen and The Replacements. The sunny, well-crafted, and damn-near infinitely playable straight-up rock n' roll long-player, out now on vinyl, is currently streaming in full below. Order your copy via No Idea or get the digital via the band.

Nude Beach will play Glasslands on June 6th, joining Marvin Berry & The New Sound and Highway Gimps as support for The Babies. Tickets are on sale. The band will also hit Philadelphia on June 19th at Kung Fu Necktie as support for Reigning Sound (tickets) during that band's string of dates (that hit NJ).

Stream the new LP and check out some live video below.