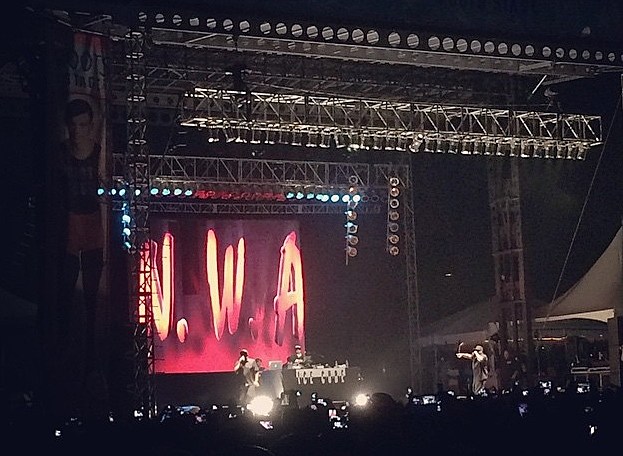 The 2016 inductees to the Rock and Roll Hall of Fame have been announced, and it's N.W.A., Cheap Trick, Deep Purple, Steve Miller and Chicago. N.W.A. and Deep Purple had both been nominated more than once before.

The Smiths, Nine Inch Nails, Yes, The Cars, Chic, Janet Jackson, Chaka Khan, The JB's, Los Lobos and The Spinners were also nominated but didn't make it in.

The induction ceremony happens again at Brooklyn's Barclays Center on April 8. On whether or not N.W.A. will perform at the ceremony, Ice Cube told Rolling Stone:

I want to. I think we can get Ren, Yella and Dre together. I think Snoop might do an honorary Eazy. I can't speak for him, but we'll ask him. We'll probably ask a few people.

Tickets to attend the ceremony will go on sale in February. It airs on HBO in the spring.