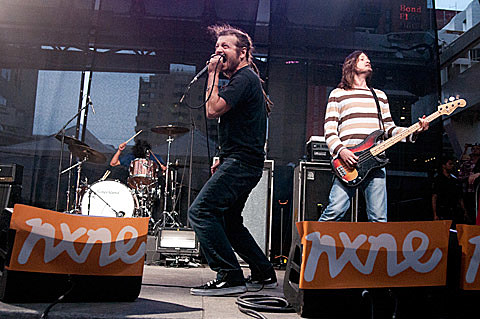 The most memorable thing that happened the year I visited Toronto for NXNE was Iggy Pop & The Stooges playing their big, outdoor, free, no-ticket-or-badge-required show downtown at Yonge-Dundas Square. Last year the Descendents did it. This year they've landed the Flaming Lips which should be an amazing spectacle. And:

This year's fest takes place at multiple venues across Toronto from June 11-17, 2012. Tickets are on sale.