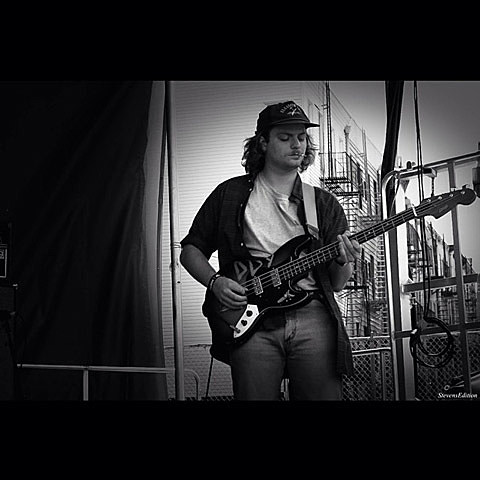 The annual NXNE fest is currently underway in Toronto, ON with the music portion really happening Wednesday - Saturday (June 18 - 21) at venues all over the Canadian city. For those heading that way, here are a dozen notable events and shows.

1) BrooklynVegan has Partnered with M for Montreal and Panache once again for the Bruise Cruise which happens aboard the Queens Quay on Saturday (6/21). Mac DeMarco will host the floating festivities, with his other band, Walter TV (who just played Northside as did Mac), as well as Calvin Love, PS I Love You and The Posterz. It's free with a NXNE badge or wristband, $10 without. It boards at noon and leaves the dock at 1:15 PM, don't be late! Check out the flyer below.

2) Mio is turning a Toronto streetcar into the "Mio Squirtcar" (um, that name), a moving festival venue showcasing artists like Shannon and the Clams, Frankie Cosmos, araabMUZIK, Reggie Watts and more.

4) If you'd rather hoof it, walking to and from shows will be even more interesting this year, thanks to NXNE commissioning street artists to transform city alleyways with new murals.

6) For the young among us, NXNE is providing some free all-ages outdoor daytime shows by the lake, showcasing some up-and-comers including Jenny Omnichord, Unicorn Patrol, Lyric Dubee and more.

7) The Horseshoe Tavern has been rechristened  The Budweiser Music House for NXNE with loaded bills featuring the likes of Low, Lee Harvey Osmond, Perfect Pussy, Speedy Ortiz, Swearin', The Felice Brothers and more, with a secret late night headliner on Friday (6/20) for good measure.

8) Sennheiser teams up with NXNE to present some huge shows at Massey Hall from tUnE-yArDs, Ryley Walker, Spiritualized, Rhye and more.

10) On Sunday (6/22), The Edward Day Gallery will play host to the all-ages DIY Label and Art Fair, were you can buy and swap records and talk to local DIY bloggers, all while eating good food and listening to sets from Greys, Young Mother, White Poppy and many more.

11) Another free option: Beach Day, Joywave and Craft Spells are playing a free all-ages GAP-sponsored show at the corner of Queen & Peter on Saturday afternoon(6/21).

12) NXNE's series of showcases at Adelaide Hall will have your dancing needs covered with sets from Fuck Buttons, Young Magic, Mas Ysa, Ryan Hemsworth, Run the Jewels and many more. 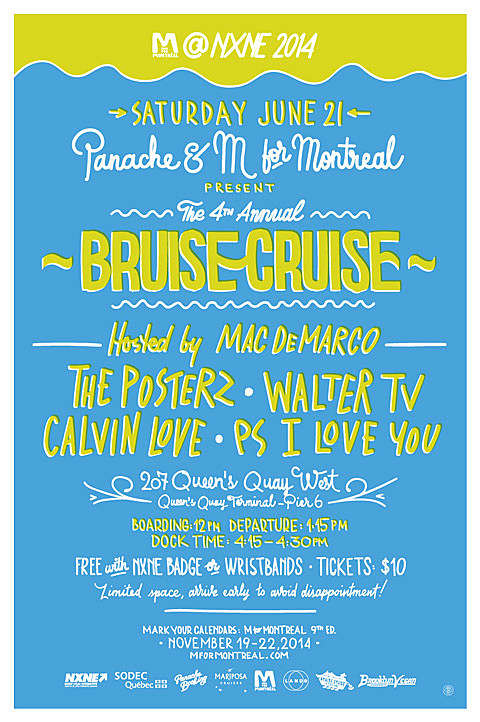