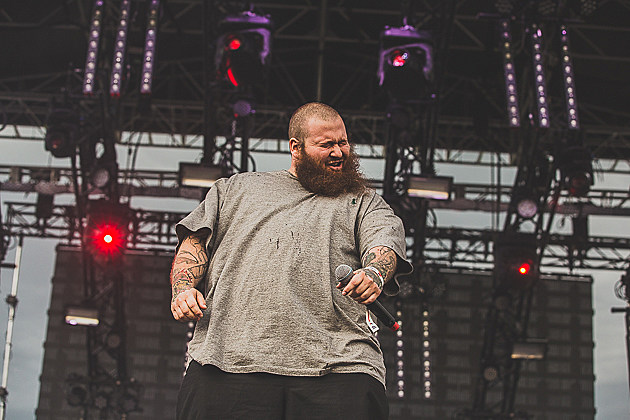 Following criticisms of NXNE booking a free Action Bronson show in Yonge-Dundas Square, one of Toronto's busiest common areas, the festival initially defended their decision to book him and said, "Those who are offended by an artist are invited to check out other Festival showcases." They've now issued a new statement on the matter:

We at Northby Northeast (NXNE) are very proud of our 20 plus years relationship with the people of the City of Toronto. And for almost ten years we've shared Yonge-Dundas Square with you to present free, all ages shows open to the public. YDS is the city's space and as such we are obliged to listen to how the city and community want it used. A significant number of Torontonians have indicated their desire to have Action Bronson not perform at the Square. As annual guests in this space we feel we must accede to the strong wishes of the community and honour their input.

As a result, we will not be presenting Action Bronson at Yonge-Dundas Square but, hopefully we will still be presenting Action Bronson as part of Northby. We remain fundamentally committed to presenting this artist on a Toronto stage. We are not moving the Action show because we believe in censoring him or any other artists. In fact, we find the limiting of artistic expression distasteful. When artistic expression is limited, freedom and the evolution of ideas is often the casualty.

Hopefully, Action Bronson will accept our invitation to play at another, ticketed venue in the city so the public can decide for themselves if his work has merit. We booked Bronson, in part, because of his latest excellent disc, Mr. Wonderful.

We hope that this series of events does not foster some type of artistic chill in Toronto and its public spaces. Yonge-Dundas Square must remain a dynamic place where many viewpoints are expressed not just culturally but also at political events and rallies staged there.

We are heartened by the community engagement that has been taking place around this YDS show. This debate continues an important conversation about violence against women and its depiction in art and culture that is long overdue. We salute all of those who fight this battle and we would encourage everyone who has signed the petition or been engaged by this conversation to commit themselves personally to continuing the fight against violence against women. We at Northby pledge to continue being part of this discussion with the intent to help act as agents of change.

The Directors of North by Northeast

Stay tuned for any more updates.

Meanwhile, BrooklynVegan is presenting an NXNE show with Atlas Sound, Foxes in Fiction, Holydrug Couple, Fresh Snow, and Yvette at Lee's Palace on 6/19. $20 at the door or free with a NXNE wristband or badge.