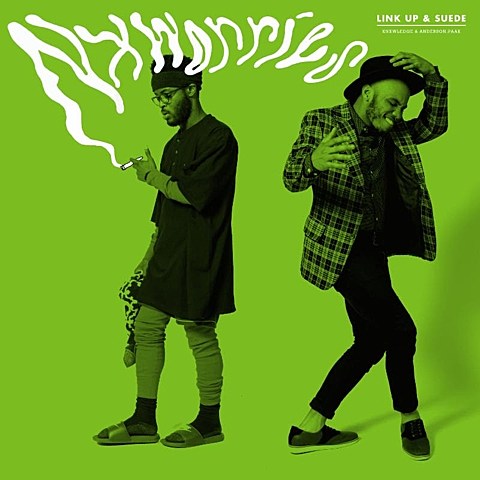 Earlier this year NxWorries released the "Suede" single, and now they announced that it will appear on their debut EP, Link Up & Suede, which comes out this Friday (12/4) via Stones Throw. NxWorries is the duo of singer Anderson .Paak (who's all over the new Dr. Dre album) and producer Knxwledge (who produced "Momma" on Kendrick Lamar's To Pimp A Butterfly and just landed on Gorilla vs Bear's year-end list for Hud Dreems), and they've got a sound that echoes '70s soul/funk but manages to sound entirely modern too. They just premiered the album's second single "Link Up" on Beats 1, where they were also interviewed, and you can stream that below. Tracklist is below too and artwork is above. Their first full length is promised for 2016.

No dates for NxWorries at the moment, but Anderson .Paak is on tour now with TOKiMONSTA and hitting NYC twice this week: Bowery Ballroom on Wednesday (12/2) (tickets) and Rough Trade on Thursday (12/3) (sold out).