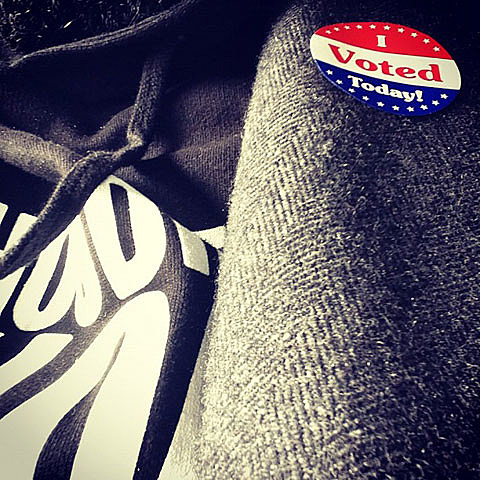 As you probably know, it's Election Day, November 6th, 2012. Don't slack. Your vote counts, so get out there and cast your ballot (If you're registered and you didn't already do so by now).

Here in NYC and NJ, Hurricane Sandy has thrown a wrench in the polling machinery a bit, but....

Because so many people have been displaced by the storm, New York Gov. Andrew Cuomo issued an executive order allowing people to vote in Tuesday's statewide and presidential elections at any polling place in the state. New Jersey had already taken similar measures.

"Just because you are displaced doesn't mean you are disenfranchised," Cuomo said. "Compared to what we have had to deal with in the past week, this will be a walk in the park when it comes to voting." [Pennlive]

Mind you this is only for people located in "federally-declared disaster counties." If you are not in an affected area, you can only vote at your assigned polling station so make sure you know where it is (and note it may be somewhere different this year).

Governor Andrew M. Cuomo has designated MTA buses will run shuttle service on Election Day to carry voters from damaged polling places to alternate sites established by the Board of Election on Staten Island and Coney Island and in the Rockaways. The free Election Day shuttle buses will run in addition to other schedule bus service in the areas.

The buses will be marked by "Voter Shuttle" destination signs, and will run from 5:30 a.m. to 9:30 p.m. to help voters, particularly those displaced by the storm, get to the polling stations.

MTA buses will also be dispatched to carry Board of Election polling station workers from the Queens headquarters in Kew Gardens to their newly assigned polling stations in the three areas. The buses will run in 15 minute intervals.

Routes for the "Voter Shuttle" buses can be viewed here. 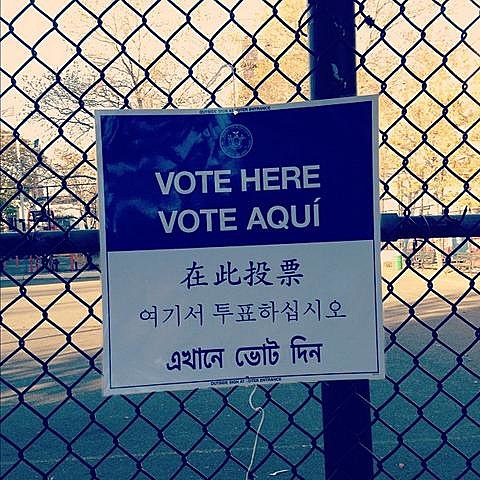 NY1 reports this has not gone entirely smoothly though due to last minute changes not allowing enough time for poll workers to be re-trained, and with long lines at some stations, but it seems to vary from neighborhood to neighborhood, and anyway don't let that hold you back. As mentioned before, NY residents can find their assigned polling station here. For the rest of the country, if you are unsure where your polling station is, Rock the Vote's site is also pretty helpful if yourfuckingpollingplace.com doesn't work out for you.

Afterwards you can gather with a crowd and maybe a drink and watch the results come in. We have a list of NYC establishments throwing parties.

We won't ask who you're voting for (just please don't vote for Waka Flocka Flame). We of course do know who Jay-Z and Bruce Springsteen and Will Ferrell are voting for, and The Walkmen pointed out their choice in a picture tweeted earlier today as well, as you can see below...

--
The Walkmen squeeze in an audience with the Prez (via @TheWalkmen) 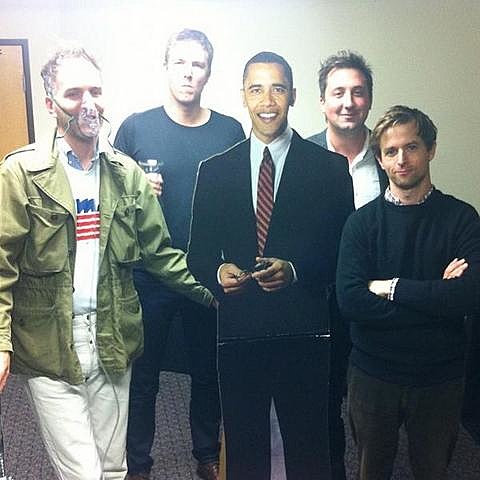