photo: Springsteen at MSG, a show that sold out in seconds (more by PSquared) 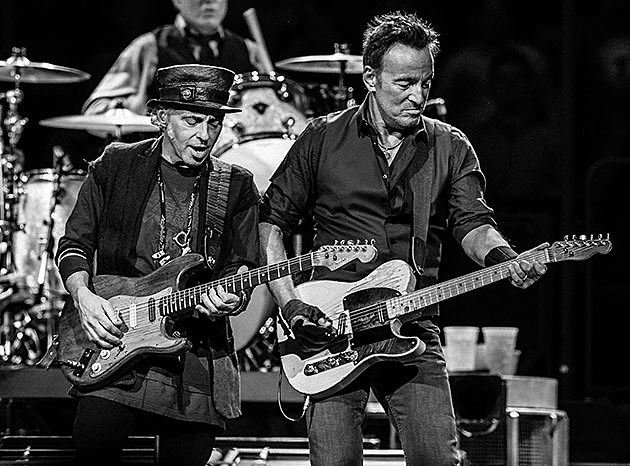 If you've ever struggled to get tickets for a massive event within seconds of it going on sale, you've probably suspected this, but NY Daily News is now reporting that NY Attorney General Eric Schneiderman confirms, "ticketing is a fixed game." In a multi-year probe, he found that "54% of all tickets to hot concerts are set aside for industry insiders or pre-sale customers before they are offered to the general public," the Daily News reports. They also mention that third-party ticket brokers often use illegal bots that allow them to buy thousands of tickets in seconds, and even legal third party sellers like StubHub an TIcketsNow are reselling at an average of 49% above face value.

Schneiderman wants to crack down on it though:

Two ticket brokers that were illegally operating without a ticket reseller license reached settlements with the state and will pay tens of thousands of dollars in fines, Schneiderman's office said.

"My office will continue to crack down on those who break our laws, prey on ordinary consumers, and deny New Yorkers affordable access to the concerts and sporting events they love," Schneiderman said.

...In addition to reinstituting price caps on ticket re-sales, he called on the state Legislature to pass laws creating criminal penalties for using ticket bot software and that would end a ban on non-transferable paperless tickets.

The Daily News also reports that Schneiderman is looking into services charges, venue fees and other tacked-on expenses. Let's hope this does in fact have a positive outcome for fans!