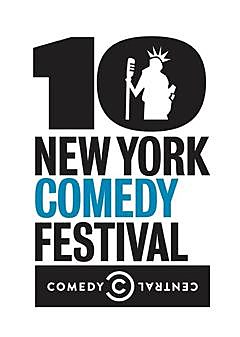 The New York Comedy Festival is coming back from November 6 through November 10, 2013 for what will be their milestone 10 year anniversary. And although none of the shows are knocking my socks off as much as the Ben Stiller Show reunion they had last year did, this year's line-up is so far pretty impressive (albeit somewhat bogged down with conservative, mainstream talent). The shows will be taking place at venues all over our wonderful city including, but not limited to, Town Hall, The Beacon Theater, The Theater at Madison Square Garden, and Carnegie Hall. Highlights for your man Klaus include John Mulaney on Saturday November 9 at 7:00 PM at Town Hall, as well as Anthony Jeselnik at the same venue the same evening at 9:45 PM. Also a hot ticket will be Larry David in conversation with David Steinberg on Sunday November 10 at Town Hall.

The ticket presale for all shows will run from August 7 at 10:00 AM to August 11 at 10:00 PM. The general onsale for normal people starts Monday, August 12 at 10:00 AM. Tickets can be purchased through the New York Comedy Festival website and Ticketmaster.

Last year, after announcing their initial line-up, the fest scheduled a ton of indie-centric shows at places like the UCB Theater. It is that particular programming that is sure to please people like you and me a lot more than their industry-favorite big ticket shows. Keep your eyes peeled. Meanwhile, announced schedule is below...