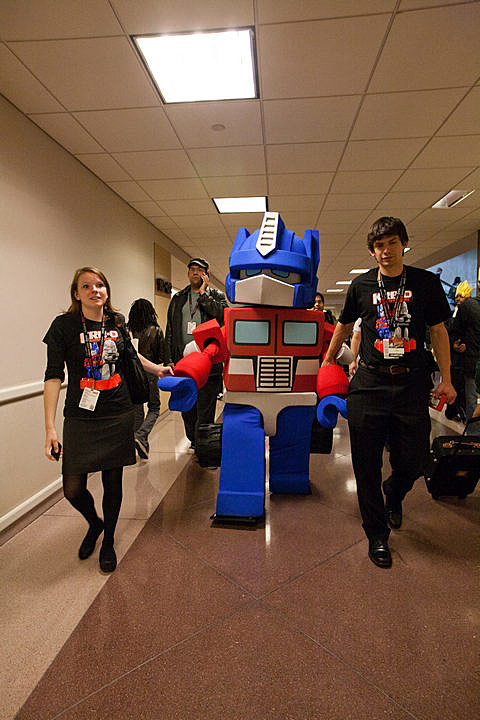 The 2012 edition of the New York Comic Con returns to Jacob Javits Center on October 11 - 14, featuring four days of sci-fi, your favorite fantasy/action heroes, and costumes, costumes and more costumes. In addition, the 2012 edition will feature its share of big name appearances as well, including the cast of The Walking Dead, members of Robot Chicken and Children's Hospital, Elmo & Gordon from Sesame Street, Draco Malfoy (not kidding) and many others. In addition, you can kick-off the festivities with a concert featuring Ben Folds Five at the IGN Theater on 10/11, as discussed. Tickets for the Comic-Con are on sale.

In semi-related news, gamers know that when you play a video game enough, those songs stay with you until you find yourself humming them when you are far far away from your controller. If you know what I am talking about, this one is dedicated to you:

Featuring dynamic and compelling video accompanied by a live symphony orchestra, The Legend of Zelda™: Symphony of the Goddesses brings the world's most popular video game series to life! Enjoy original music spanning 25 years of adventure from the celebrated Zelda franchise, uniting music and visuals in a way never before realized. Experience the magic at The Theater at Madison Square Garden on Wednesday, November 28.

The Legend of Zelda™: Symphony of the Goddesses is the first ever video game themed concert to feature a complete 4-movement symphony, showcasing the work of Nintendo composer and sound director Koji Kondo.

That's right. Legend of Zelda. IN THE FLESH. Get stoked... tickets are still available.

And finally, if you're heading to Comic-Con, look for possible tributes to Sean Smith, known as Vile Rat, who was tragically killed in the attack on the Libyan Consulate this week. So sad.