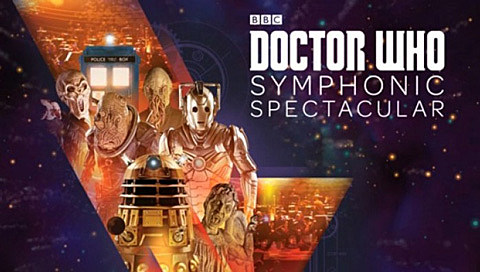 New York Comic Con will be back in October and so will New York Super Week, the concurrent pop culture festival that encompasses almost every type of entertainment related to nerdom - concerts, comedy shows, lectures, podcast tapings, and food events too. It runs October 5 - 11 at various venues around the city.

While the fest is still adding events to the schedule, there are already great shows abound. There's a special superhero vs. super villain edition of bimonthly debate show Uptown Showdown which will happen October 8 at Symphony Space (tickets). Past performers have included everyone from Michael Ian Black to Ilana Glazer, so be prepared for some can't-miss debate action.

There are some pretty interesting discussions during the festival as well, such as "Sheroes: An Exhibition of Women Comic Book Artists- Panel Discussion & Artist Reception" at La Casa Azul Bookstore on October 6, and a live taping of Nerdist's Sex Nerd Sandra podcast on October 10 at Union Hall (tickets). Another intriguing event is the "Inside the Writer's Room" workshop at Hard Rock Cafe on October 10 (tickets), featuring writers from shows like Parenthood and The Vampire Diaries, as well as television executives for Sony, HBO, Cinemax, and more.

There are a few music-related events happening. On October 7 at Barclays Center will be  the "Doctor Who Symphonic Spectacular" which features "well over 100 musicians, singers, and monsters live on stage, all under the talented conducting baton of Ben Foster." They'll be playing the music from the long-running BBC science fiction series, and the event is hosted by Michelle Gomez who plays Missy, the current incarnation of the Doctor's nemesis, The Master. And yes there will be Daleks. Hopefully a chorus line of them. There's a 3 PM and a 7 PM performance and tickets are on sale.

UPDATE: maybe the TARDIS is busted, but "Doctor Who Symphonic Spectacular" has been CANCELED. We blame The Master.

Then on October 9 at Hard Rock Cafe it's a DJ set from Kristian Narin, aka Hodor from Game of Thones (Game of Thrones). He DJ'd during NY Comic Con last year, too. Tickets are on sale. Having been a well-known house DJ well before being cast on Game of Thrones, Nairn just released his first single, titled "Up" and you can stream that below if you want.

In related news, the biggest con of them all, The San Diego Comic Con starts on Thursday (7/9).