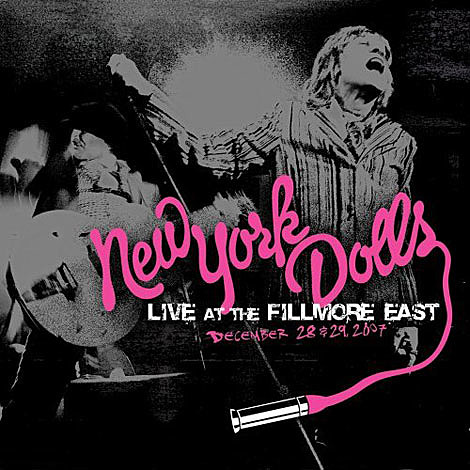 Dave Johansen, Sylvain Sylvain and the sleazy glam of proto-punk legends The New York Dolls will grace the stages of Irving Plaza once again, right after Christmas, on December 27th. Last year it was the 28th & 29th and the shows were taped and released as "New York Dolls: Live at the Fillmore East" - sort of a lie, sort of not.

Tickets for the 2008 show go on sale October 11th 10AM and the Irving/Fillmore show is one of two December US dates the band is playing. The other is in LA seven days earlier. Their only other US date is also in California and scheduled one day after they visit the west coast to tape an episode of The Late Late Show with Craig Ferguson. Hopefully they're not planning on wearing an Obama t-shirt while they're on TV. All NYD dates below...