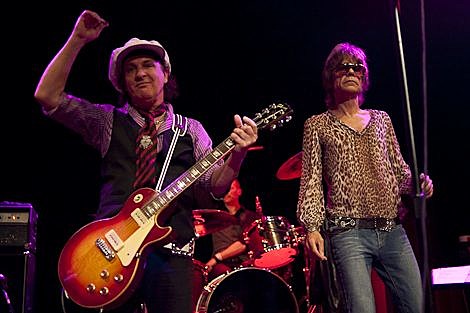 Mick Burgess: As far as style goes Cause I Sez So was probably the most varied New York Dolls release to date and in many cases was quite a departure from your rock`n`roll roots. Will you be spreading your musical net widely again or will you be keeping things simple and direct?

Sylvain Sylvain: What they love us for is "Personality Crisis", "Looking For A Kiss", "Trash" and stuff like that but we've already done that. We don't have to make records. We have a name which we can use and perform probably for the rest of our lives. That's not the kind of musicians and performers that we are. We're doomed to write songs whether they are good or not, are well received or not, or flop like they did in the beginning. We were told that we didn't know how to sing, we didn't know how to write and we couldn't tune a guitar so why even bother, but you know what? We thought we looked pretty damned good doing that, even if it was a big crash. We had the last laugh though. It's like those guys that'll say "You only had one hit" but at least we got there once!!

New York Dolls are welcoming their follow-up to Cuz I Sez So, fifth LP and third since reuniting, Dancing Backwards in High Heels on March 15th via 429 Records. The band have scheduled a show for the following day to celebrate; Bowery Ballroom is the location for the March 16th party. Tickets go on sale Friday (1/21) at noon. The show is the band's lone 2011 date thus far.

The tracklisting and album art for the new LP which was produced by Louis XIV's Jason Hill, and some videos, below... 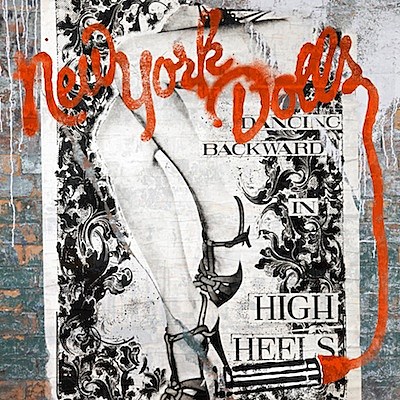