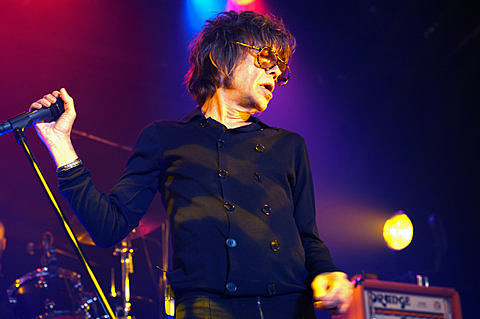 After releasing their fifth LP earlier this year, New York Dolls celebrated with two nights at Bowery Ballroom before kicking off an extensive amount of international dates including the tour with Motley Crue and Poison that brought them to Nassau Coliseum, and most recently a short UK run with Alice Cooper. The Dolls are back home for the holidays and will round out 2011 with a hometown show on December 30 at Irving Plaza before playing New Year's Eve in Boston the next night. Tickets for the NYC show are on sale now.

UPDATE: THE NYC SHOW IS CANCELLED.

Last week, Bob Gruen and his wife Nadya Beck, who released the New York Dolls Documentary All Dolled Up in 2005, released a DVD of live clips and interviews filmed of the band in the 70s titled Lookin' Fine On Television. You can purchase the DVD on Amazon and check out a clip of the band performing "Lookin For a Kiss" off the DVD below.