THE BOX TOPS CANCELED
The Box Tops featuring Alex Chilton show on Friday, August 18 at the South Street Seaport has been cancelled. The band's original bass player and key vocalist, Bill Cunningham has had a medical emergency. Due to the circumstances, other band members have regretfully cancelled all scheduled performances.

BUT LOOK WHO'S PLAYING INSTEAD 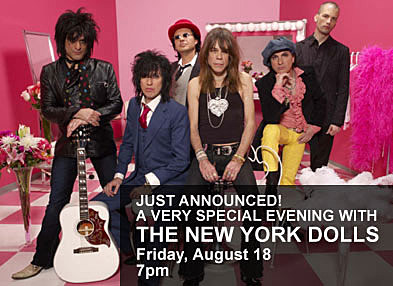