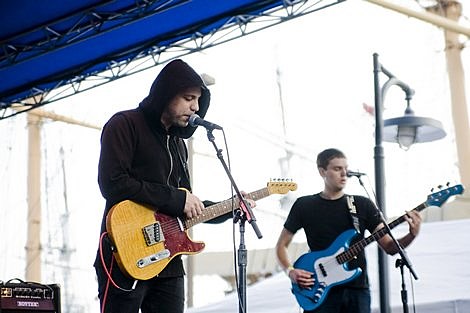 The title of the fest is inspired from the 1964 NY Eye & Ear Control soundtrack by Albert Ayler as well as the all-too-familiar signs seen daily in the subway tunnels by riders of the L-train of the infamous NY Eye & Ear Infirmary.

2009's NY Eye & Ear Fest happened in July of last year and featured performances from Magik Markers, Liturgy, Drunkdriver, Child Abuse, and tons of others. This year, the fest will spread over two days (May 22-23) at the Knitting Factory in Brooklyn and will feature appearances from Blank Dogs (one of two NYC shows in May, the second being May 12th at 131 Chrystie St.), Liturgy, Twin Stumps, Effi Briest, and others on the first day, with Xeno & Oaklander, Figure Study, Naam, Freshkills, Effing, and others rounding out day two. Full lineup by day is below. Get your tickets for day one or day two or both. Stream songs from every band on the bill at the Eye & Ear site.

Show flyer, full lineup and some vids are below.

Freshkills "I Know I Know" 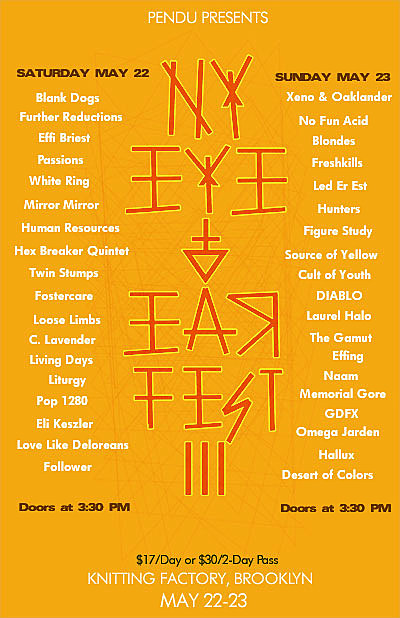