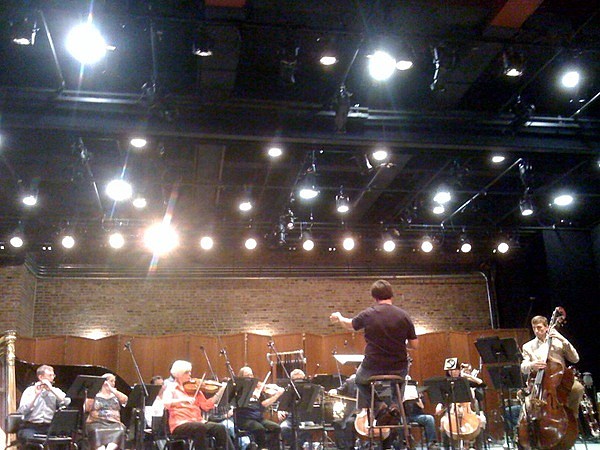 With a darker hued string section led by the violas, [Nico Muhly] work Detailed Instructions takes on a sound world that stood apart from the other pieces on the program. Muhly is post-minimal in orientation. And while a couple of the composers in the audience who sat near me groused at intermission that his work is 'indebted to Philip Glass,' what they didn't seem to hear was Muhly's playful departures from mainstream minimalism.

Instead of Glass' symmetrical use of ostinati, Muhly's repeating figures dart in and out of the 'expected phrase lengths,' creating delightful surprises and heady syncopations. In the more reposeful central section, he channeled an appealing lyricism from his recent pop-based excursions into a spacious orchestral mold. The third section gave the NYPO musicians a chance to up the bpm quotient, in a breakneck paced, dazzling finale. Make no mistake, Muhly is no mere retro-minimalist; quite the contrary, he's a compelling new voice on the scene. [File Under?]

As mentioned before, Nico Muhly's arrangements can be found on the new records by Jonsi and Sam Amidon.

The Symphony Space show was followed by a performance at Metropolitan Museum of Art the day after, which was the last Contact! show of the NY Phil "season" (which runs through July). The series picks up again with three new commissions next December. Pictures from Friday's show are below... 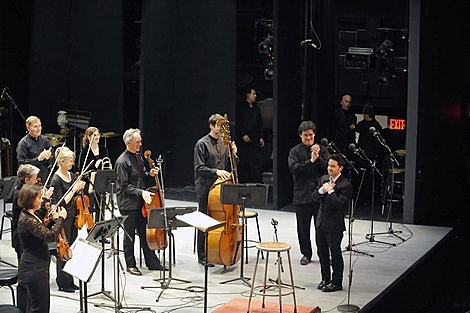 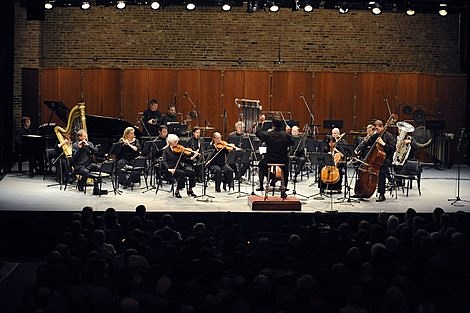 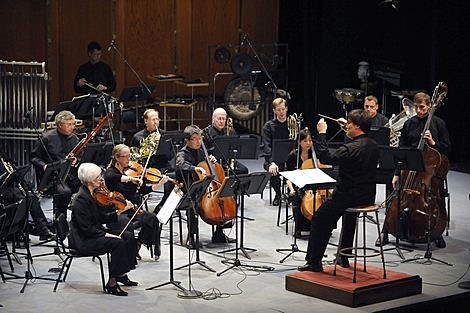 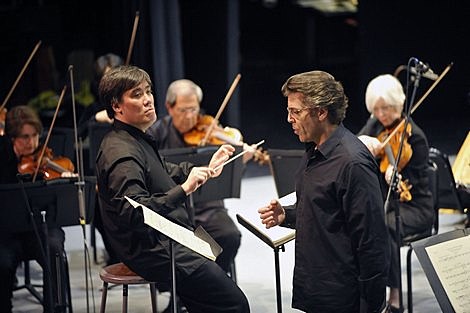 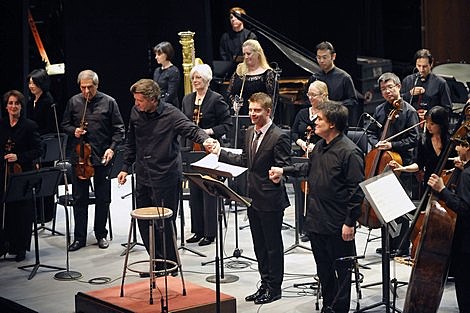