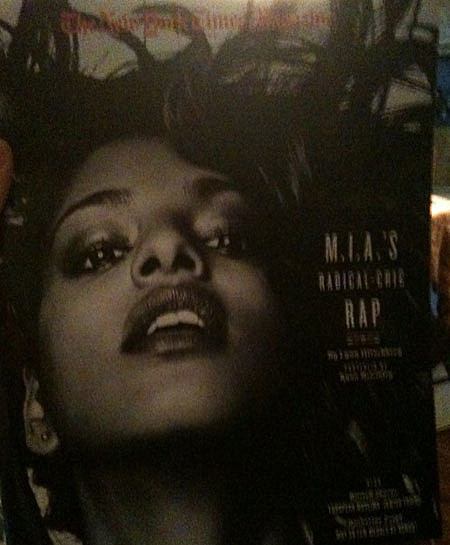 The cover article in The Times Magazine on Sunday profiled the singer and political activist M.I.A. While discussing her efforts to draw attention to the civil war in her home country, Sri Lanka, she was quoted as saying: "I wasn't trying to be like Bono. He's not from Africa -- I'm from there. I'm tired of pop stars who say, 'Give peace a chance.' I'd rather say, 'Give war a chance.' The whole point of going to the Grammys was to say, 'Hey, 50,000 people are gonna die next month, and here's your opportunity to help.' And no one did."

While M.I.A. did make those remarks, she did not make the entire statement at the same point in the interview, or in the order in which it was presented.