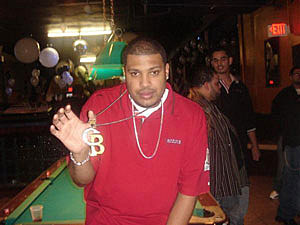 "Carl Blaze, born Carlos Rivera, was in critical condition early on Friday at Harlem Hospital Center, according to the hospital. Police said he had been shot at least 13 times outside an apartment building near the Inwood section of Manhattan, and his jewelry had been snatched.