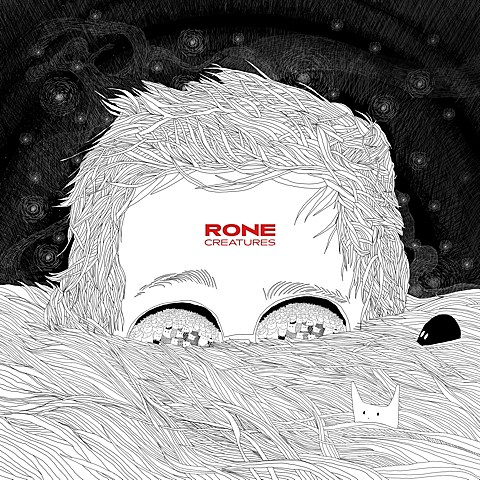 As always, there's a ton of good electronic music to experience live in NYC, including two great shows tonight (2/26). We don't get a chance to post about all of it, so here's a roundup of some good upcoming shows that we haven't talked about yet.

One of tonight's shows is Output's weekly INPUT party, headlined in the man room by Detroit house vet MK. Joining him are Detroit techno originator Kevin Saunderson and Justin Miller. In the venue's Panther Room it's LA-via-DC duo Nadastrom (aka Dave Nada and Matt Nordstrom), who just released their self-titled debut album on Friends of Friends. Listen to "House Shoes" (ft. Nina K) from that album below. Tickets are available.

Also tonight at Verboten it's a stacked lineup with Sweater Beats (who opened for Chance the Rapper in NYC two nights ago), Drake remixer Kastle, and the NYC debut of LA duo Vindata. Tickets are available.

Moving on from tonight, Paris/Berlin producer Rone returned earlier this month with the followup to 2012's Tohu Bohu. It's called Creatures and it's out now on InFiné. You an watch the animated video for its song "Sing Song" below.

Rone has dates coming up, including a US release party for the album on May 29 at Good Room in NYC with solid local support from FaltyDL. Tickets for that show are on sale now. All dates at his website.

Also at Good Room soon is a FIXED party on March 20 with Aeroplane and Fort Romeau. Tickets are on sale. Fort Romeau is releasing a new album called Insides on March 31 via Ghostly, and he just put out the video for one of its songs, "Not A Word," a collaboration with New Jackson. Watch below.

There's another FIXED party at Good Room on March 14 with Tensnake. Tickets are on sale.

Long-running LA producer Eskmo, who's previously released music on Ninja Tune, Warp and Planet Mu, returned this week with a new album called SOL on R&S imprint Apollo. He plays a release party for the album in NYC on April 11 at Baby's All Right (tickets). Stream the album below, via Dazed.

There's a good electronic show much sooner at Baby's on Friday (2/27) with Brooklyn producer Obey City. It's a release party for his just-released Merlot Sounds EP on LuckyMe, which you can watch a video from below. The party is free with RSVP, and Photay opens.

Back to Output: DFA duo Holy Ghost! DJ the venue on March 5 with A/JUS/TED, and Le Youth in the Panther Room (tickets).

Psychemagik, who recently remixed Public Service Broadcasting, play the Panther Room the next night (3/6) with Nikola Baytala. Lee Foss, Eskuche & Nu Sky, and DKDS are in the main room (tickets).

Future Brown (aka Fatima Al Qadiri, Asma Maroof and Daniel Pineda of Nguzunguzu and Lit City Trax's J-Cush) released their self-titled debut album on Warp this week, and hit Output on May 27 (tickets).

Back to Verboten: On March 7 they've got George Fitzgerald and Leon Vynehall (who played NYC together over the summer), along with Kenny Larkin, Lee Jones and SIK NYC (tickets). George FitzGerald is also releasing a new album, Fading Love, on April 28 via Double Six/Domino. Stream the new single "Full Circle" (ft. Boxed In) below.

Browse our 'dance' category for more. What else?