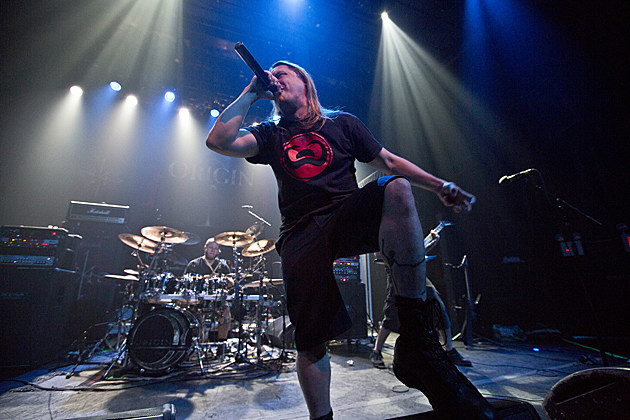 NYC never has a lack of good metal shows and metal tours passing through. Here's a roundup of a few upcoming ones that we haven't gotten a chance to talk about yet...

Long-running death metal band Origin play Maryland Deathfest in May and are going on a Metal Injection-presented tour with Krisiun, Aeon, Alterbeast, Soreption and Ingested in late summer/early fall. That tour hits NYC on October 1 at Saint Vitus. Tickets are on sale now. All dates are listed below.

OG DMers Master also play MDF, and they hit NYC not long beforehand on May 7 at Acheron for a show with Solstice, Dismemberment, Hate Storm Annihilation and Sunlord. Tickets are on sale now. Dates are listed below.

Swedish d-beaters Wolfbrigade play MDF too, and the day before their set at that festival they'll stop by NYC to play Acheron on May 22. Tickets are on sale. It's their only US club show.

New Hampshire black metal band Vattnet Viskar announced that their Sanford Parker-produced sophomore LP, Settler, will be out June 16, and that they're going on a short May tour leading up to MDF with Early Graves. That hits NYC on May 21 at Saint Vitus, the show that already included Anaal Nathrakh, Incite and Secrets of the Sky. Tickets for that stacked bill are still available. All dates are listed below.

Neurot-signed psych metallers U.S. Christmas are teaming up with related band Generation of Vipers for an April tour that hits Brooklyn on April 23 at Saint Vitus and Jersey City on April 24 at The Dopeness with Thera Roya and Sunrot. Tickets for Vitus are on sale now, and Jersey is $10 at the door (more info here). All tour dates are listed below.

Fulgora, a new project of Pig Destroyer and Agoraphobic Nosebleed drummer Adam Jarvis, play their first-ever NYC show on May 21 at Acheron with Wake, Sunrot and Scowl. Tickets are on sale.

Melodic death metal band Horrendous are playing another NYC show this year in support of last year's excellent Ecydysis. The new date happens May 29 at Saint Vitus with Pyrrhon, Huldra, Somnol and Sentience. Tickets are on sale.

Pyrrhon, who were dropped from Relapse but will release their new Growth Without End on June 2 via Handshake Inc (read their statement here), also play Saint Vitus on June 18 with KEN mode, Fight Amp and Couch Slut. Ticket info still TBA.

photo: Livver at Death by Audio in 2012 (more by Fred Pessaro) 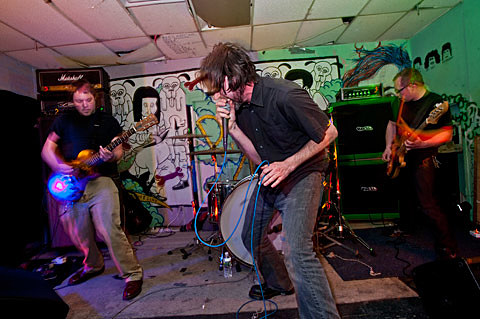 Portland's noisy, sludgy Wizard Rifle play Acheron on April 25 with Netherlands, The Austerity Program and Tween. Tickets are on sale.

Torrential Downpour, Syphilitic Lust and The Sheltering Sky play Acheron on May 1. Tickets are on sale.

Fit For An Autopsy, Aborted, Archspire, Dark Sermon and Alekhine's Gun play Saint Vitus on May 9. Tickets are on sale.

Beneath Oblivion, Sea of Bones and Fin'amor play Acheron on May 6. Tickets are on sale.

In other heavy news, we premiered music from Venomous Maximus and House of Atreus over at Invisbile Oranges this week.

Lists of tour dates below...