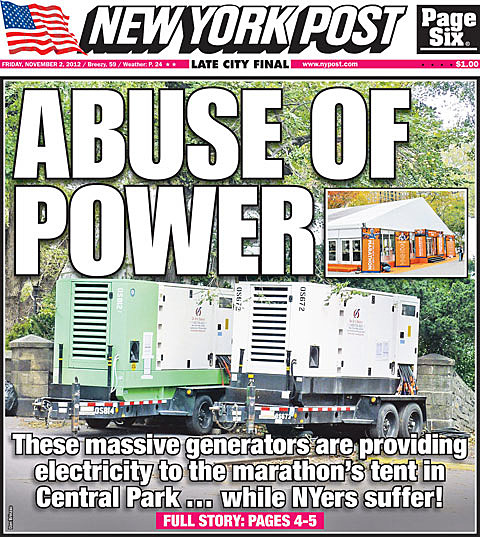 After harsh criticism, the city has cancelled Sunday's NYC Marathon after all.

UPDATE: a statement from the Mayor:

"The Marathon has been an integral part of New York City's life for 40 years and is an event tens of thousands of New Yorkers participate in and millions more watch. While holding the race would not require diverting resources from the recovery effort, it is clear that it has become the source of controversy and division. The marathon has always brought our city together and inspired us with stories of courage and determination. We would not want a cloud to hang over the race or its participants, and so we have decided to cancel it. We cannot allow a controversy over an athletic event - even one as meaningful as this - to distract attention away from all the critically important work that is being done to recover from the storm and get our city back on track. The New York Road Runners will have additional information in the days ahead for participants."

In related news, power just came back in the East Village and Lower East Side.