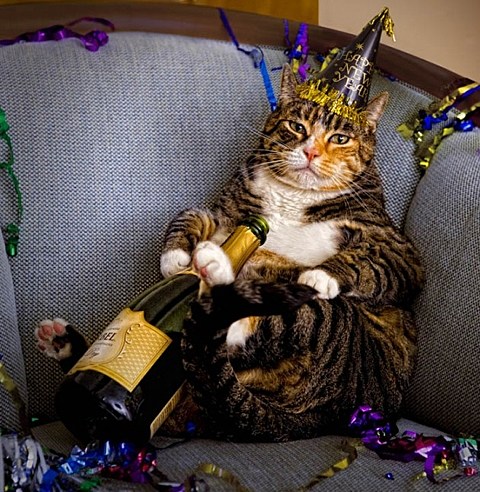 We've been posting a bunch of New Year's Eve shows happening in NYC throughout the past few months, but there's even more cool stuff we haven't gotten to yet. Here's a roundup of ways to musically ring in the new year:

If you want to dance on New Year's Eve, there's no lack of good places to go to do that. Egyptrixx, Physical Therapy, Michael Magnan, Morgan Louis and Nita Aviance are playing an unannounced Brooklyn location, and tickets for that are on sale now.

The Bunker is throwing a NYE party at Trans Pecos with Scotland's Prosumer headlining and Bunker regulars Mike Servito and Bryan Kasenic. Tickets are on sale.

Aurora Halal hasn't done one of her Mutual Dreaming parties in eight months, but she'll change that on NYE at Palisades with Galcher Lustwork, Huerco S. and DJ Richard. Tickets are available.

Sleepy & Boo headline a party at Cielo with Eskuche & Nu Sky, Mikey G and Dan Fischer. Tickets are on sale.

NYC DJ team The Rub are doing their recurring NYE party at The Bell House. Tickets are on sale.

Another previously discussed classic punk option is catching The Dictators or one of Patti Smith's year end shows the two days before NYE.

If you didn't get tickets to The Hold Steady or Deer Tick shows, another sweaty bar rock option is Guns N Roses cover band Mr. Brownstone at Mercury Lounge (tickets).

Also in the punk/garage realm is the Kid Congo Powers show at Home Sweet Home.

Quicksand is sold out, but other '90s post-hardcore/emo options include Rainer Maria/Moss Icon (tix) and ex-Drive Like Jehu band Obits. (tix)

Phish aren't doing their NYE run at MSG this year (they're doing it in Miami), but if jam bands are your thing, you can catch The Disco Biscuits at their 3-night Best Buy Theater run happening Dec. 29, 30 & 31. Tickets for all three nights are available. There's also the Gov't Mule 2-night run at Beacon Theatre on Dec. 30 & 31 (tix).

Williamsburg venue Glasslands will have their last show ever on NYE with four "special, secret" guests who all have history with the venue. That's sold out.

For a night of mostly local indie rock, Gimme Tinnitus, Ipsum and Exploding In Sound are bringing a party to Aviv with The Gradients, Celestial Shore, Palberta, Baked, Multicult, Palehound, The Big Sleep, Vomitface and Parlor Walls.

Reverend Vince Anderson and the Love Choir throw their recurring party at Union Pool with help from DJ Bluntmaster, DJ Ryan Sawyer and "Tons of Special Guests." No advance tickets for that show.

Chris Keating of Yeasayer, Dee Dee of Dum Dum Girls and others are DJing a swanky party at the Tribeca Grand Hotel (tickets).

Party to the sounds of the Caribbean at SOB's with performances from Bossa Casanova, Mambo Kings Orchestra and DJ Kevin Crown. (tix)

Beatles tribute band The Fab Faux hit City Winery from 12/27 to 12/31. Everything but the early show on NYE is sold out, so get tickets to that show while you still can. They're performing favorites from The White Album at that one.

Sandra Bernhard is doing her show Sandra Bernhard is #blessed, which "spotlights her own unique, sharp blend of hysterical insight and outspoken views, with rock-n-roll, cabaret, stand-up and a little burlesque," at Joe's Pub from 12/26 to NYE with two shows each night. Tickets are on sale.

And while Times Square is probably the last place you want to be on New Year's Eve, perhaps you'd like to know this year's lineup for Dick Clark's New Year's Rockin Eve includes Taylor Swift, Iggy Azalea, Charli XCX, Bastille, Jason Derulo, One Direction, Nick Jonas, Florida Georgia Line, MAGIC!, Fergie, Meghan Trainor and more, if you're into that sort of thing.

And Dick Clark's New Year's Rockin Eve is teaming up with Barclays Center to broadcast their Elton John show.

You can browse our "New Year's Eve" Tag for even more. What else?