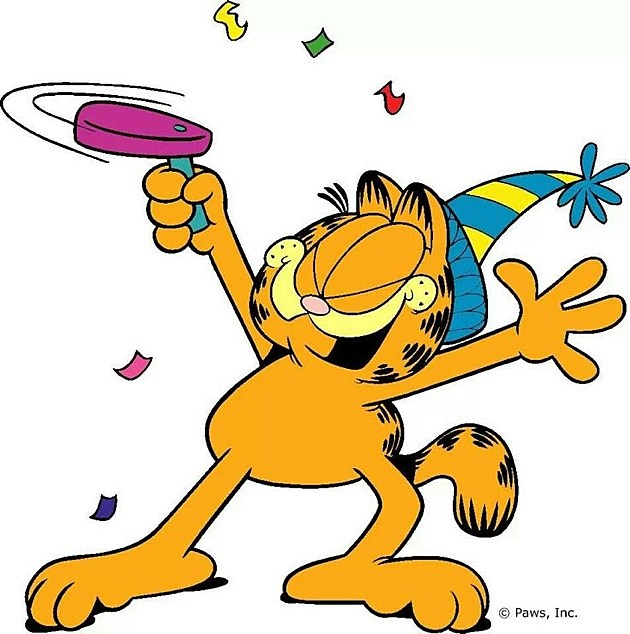 Christmas is just around the corner, and right after that it's one of the biggest party nights of the year, New Year's Eve. We've already posted about a bunch of musical ways to ring in 2016 (browse our "New Year's Eve" tag), and here's a roundup of those, with even more options included:

First, for the rockers out there, there's the Mutoid Man and Royal Thunder shows at Saint Vitus on NYE and NYD (tickets); the Gogol Bordello shows at Terminal 5 on 12/30 and NYE, the latter of which has them playing Gypsy Punks in full (buy tickets or win them); and the Deer Tick shows at Brooklyn Bowl on 12/30 and NYE (tickets). After Deer Tick's NYE show, there's a DFA party at the venue with DJ sets from Museum of Love featuring Pat Mahoney and Dennis McNany (tickets).

For indie rock on the slightly lighter side, there's DIIV, Tamaryn, and a special guest at Bowery Ballroom (tickets); and the Clap Your Hands Say Yeah show at Rough Trade (tickets). Union Pool has a night featuring dancerock outfit Motion Studies, DJ Preskool & DJ Matt Ca$h ($10 at the door). For something quirkier, They Might Be Giants kick off a three-night run at MHOW on NYE that continues on Jan 1 & 2 (tickets).

Or if classic punk is more your thing, you have Handsome Dick Manitoba's current version of The Dictators at Bowery Electric (tickets) and Murphy's Law at The Shop (tickets).

But enough about rock. It's New Year's Eve and you want to dance, right?? As always, there's plenty of options in that realm. Justice and Gesaffelstein are DJing Brooklyn Hangar with Bob Moses and With You (tickets). Wherever it is, there's an after hours party at the same venue (3 AM to 10 AM) with Odesza, Chrome Sparks (DJ) and Julia Niko (tickets). Justice's Ed Banger labelmate Breakbot will be at Slake (tix). DFA's Holy Ghost! and Nancy Whang are DJing Pioneer Works (tickets). Miami house vet Oscar G plays Output with Ace Alvarez and Viviana Toscanini (tickets); and the venue's Panther Room hosts Penguin Prison (DJ), Teddy Stuart and Pint (tickets). Verboten has Hot Since 82 and Julia Govor (tix); and Palisades has Obey City, Photay, Sonnymoon, Shore and Nick Hakim (tix).

Webster Hall's annual New Year's Eve Ball has a ton of stuff going on, including sets from Tchami (who has a brand new EP), Klingande and Classixx. Plus there's a bunch of recurring parties, like Tiki Disco at Good Room; a Rinsed party at a secret Brooklyn location with Dinamo Azari, Jacques Greene, Morgan Geist, Paris Mitchell and Todd Edwards; a Mister New Year's Eve party at a secret Brooklyn location; a Mutual Dreaming party at Space Is The Place; The Bunker at Trans-Pecos; and the annual The Rub party at The Bell House.

If you want to rock and dance, you probably want to see Cymbals Eat Guitars and Anamaguchi at Baby's All Right (tickets). 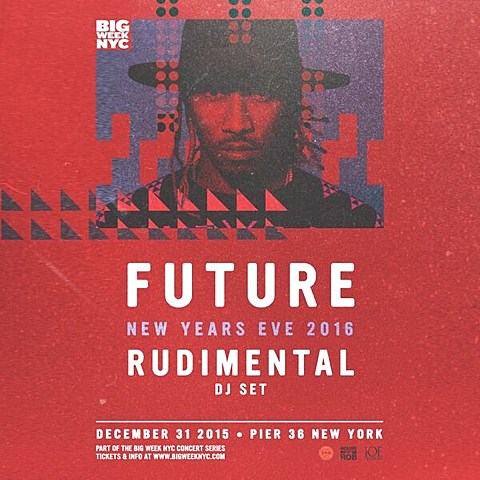 If you'd rather see a rap show on New Year's Eve, there's no shortage of that either. Future wraps up an incredible year on Pier 36 with a DJ set from Rudimental (tickets). That's part of Big Week NYC, which also includes rapper Travi$ Scott on Pier 94 opening for Nicky Romero and The Chainsmokers (tickets). Future collaborator Dej Loaf plays a Queens show on NYE at Amazura (91-12 144th Place) (tickets). For something more on the indie-rap side, there's Ratking's Wiki at Aviv (tickets). And queer rappers Mykki Blanco and Cakes Da Killa team up at Mercury Lounge (tickets).

Another New Year's Eve tradition is jam bands, and there are good options in that world too. There's of course Phish's sold-out MSG run from 12/30 - 1/2. If you aren't going, you can stream the webcast on LivePhish.com. Webcast tickets are up for pre-order. The Disco Biscuits also have their run at Playstation Theater (fka Best Buy Theater) the same four days (tickets), and Gov't Mule do their Beacon Theatre run on 12/30 and NYE. Night 1 is a regular Mule set, but NYE has them playing three sets, paying homage to The Allman Brothers Band, The Band, and The Grateful Dead, respectively. NYE is sold out but resale tickets are available and so are tix for 12/30.

If seeing tributes to classic British bands is your idea of a fun New Year's Eve, you can see Smiths/Morrissey tribute The Sons & Heirs at Littlfield with an opening set from Nada Surf/Guided by Voices' Doug Gillard and special guests (tickets). There's also Beatles tribute The Fab Faux's run at City Winery from 12/27 to 12/31. New Year's Eve proper has two shows, an early set billed as "The Beatles at Shea Stadium & more" and a late set of "mixed Beatles favorites." Tickets for both are available.

If you'd like to party like it's 1999, Videology is hosting a Purple Rain danceparty with sets heavy on Prince, Shelia E, The Time, Apollonia 6, plus other early '80s favorites. $10 at the door.

Dee Dee from Dum Dum Girls and her hubby Brandon of Crocodiles will be DJing at Night of Joy, which is free and has an open vodka bar from 11:30 PM till the ball drops. Flyer below.

Something you probably don't want to do is stand out in the cold (actually it might be like 50° but still) and watch Dick Clark's New Year's Rockin' Eve in Times Square with no one good playing... unless you like Jimmy Buffett, who also plays Barclays Center with Huey Lewis and the News the same night (tickets).

Did we miss anything good? Whatever you do, have a safe and happy New Year! 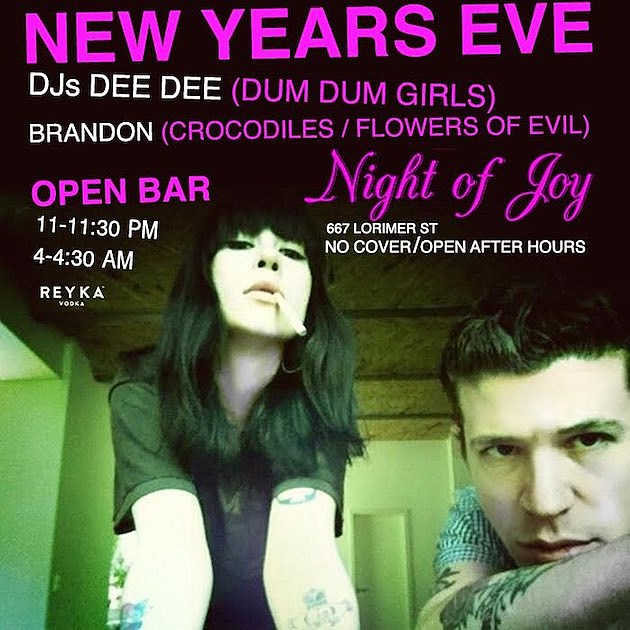