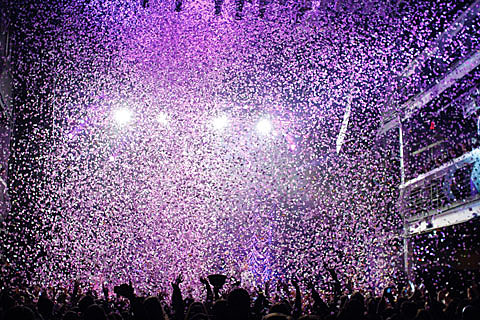 The fact that Phish will play the refurbished Madison Square Garden again this New Year's Eve is old news already, but Barclays Center just announced today (10/31) who will be playing the Brooklyn arena's second-ever New Year's Eve show, and the honor goes to.... Billy Joel (UPDATE: and the recently reunited Ben Folds Five) (last year was Jay-Z and Coldplay).

Here are a few already-announced New Year's Eve shows we're rather be at this year...

Thurston Moore will set up shop at the Stone in the East Village for two special shows on 12/31, one with John Zorn and another with Mike Watt.

Patti Smith doesn't play on NYE proper, but does play year-end shows right before that on December 29 and 30 at Webster Hall.

Or maybe just head to Mexico!

P.S. If you're in Austin, you'll want to catch the Breeders.