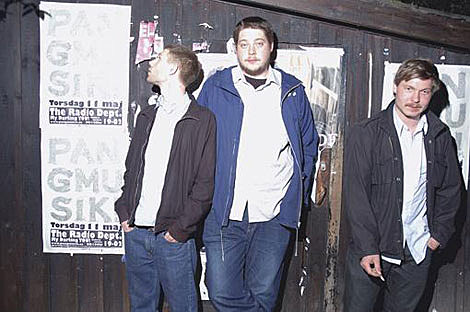 Enigmatic Swedish band The Radio Dept. are to play their first U.S. show since 2003 (which was in San Francisco), as part of the third-annual NYC Popfest which happens this year from May 14 - 17. Whether or not the band will have finished their delayed follow-up to 2005's Pet Grief remains to be seen, but there are lots of folks who've been waiting years for Radio Dept to play here and, so far, the Popfest date is the only one they're doing. 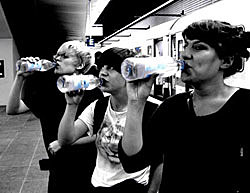 While the Radio Dept will no-doubt be the biggest draw, NYC Popfest has put together a pretty great lineup including a few other notable acts, more Swedes: all-girl trio Liechtenstein, who've put out a bunch of great 7-inches and will have a new EP out on Slumberland in May. We'll also get two bands from Finland: Cats on Fire, who made their U.S. debut at last year's fest; and the lovely synth-acoustic pop of Burning Hearts whose debut album, Aboa Sleeping, was released last month.

North America is well represented as you might expect. Detroit gives us Computer Perfection (who are not synth pop despite the name), and offshoot band Hidden Ghost Ship, whose very good debut album you can download for free. (The link is at the top of this post.) There's also Grand Rapids' The Icicles whose song "La Ti Da" you might know from a Target commercial; Boston's awesome Pants Yell! who were one of my favorites from last year's event; Ohio's The 1959 Hat Company and Afternoon Naps; California brings us L.A.'s The Tartans (12-strings and glockenspeil pop) and San Francisco's Eux Autres (janglepop); Vermont's Smittens (who remind me of '90s indie pop band Small Factory); Athens, GA's great power popppers Casper & the Cookies; Chicago's Very Truly Yours (classic twee pop) and Canada's Rose Melberg.

The bulk of the bands are from NYC, and include: My Teenage Stride whose new Emusic single "Creep Academy" is one of my favorite songs they've ever done; Knight School (who I've written about before); Boy Genius (ditto) and The Secret History (double ditto); plus the newly-quintet-ed The Metric Mile, Soft City, Dream Bitches, The Ballet, Strega, and Don Lennon.

Most of the Popfest shows will happen at Cake Shop, with a Friday night show at Don Hill's in conjunction with Mondo! and the Radio Dept. show at The Bell House. Unlike the two previous years, there's no BBQ/day show at Union Pool. Pricing and that sort of thing hasn't been ironed out yet, but the individual night's lineups are below: 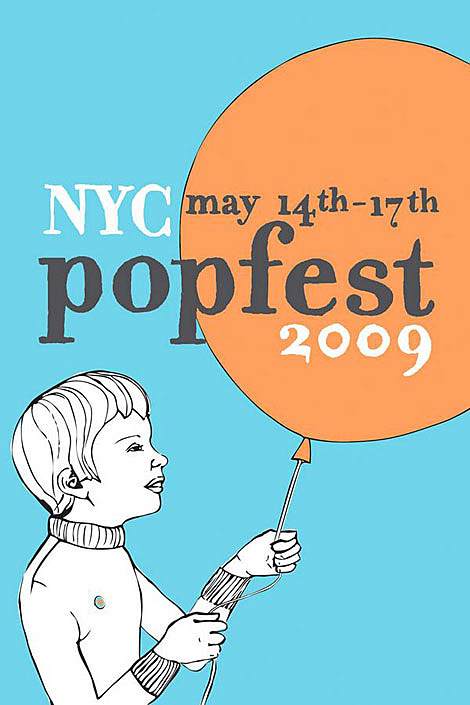