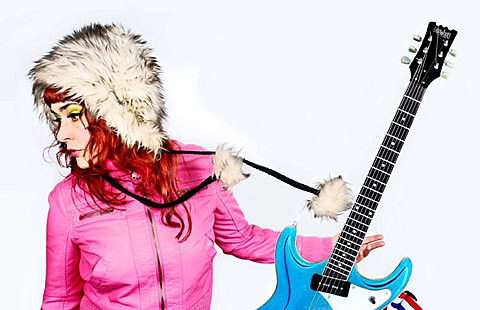 It's time for NYC Popfest, the annual four-day celebration of all things jangly, often cute, usually well-dressed and, ocasionally, twee. Over 30 bands are playing this year and I'll be covering all of it day by day. Here's a look at tonight's kickoff show (5/29) which, as usual, happens at Cake Shop. Advance tickets are still availble (and should be at the door too)

Headlining is Dressy Bessy who have been around since the '90s heyday of Elephant 6 (guitarist John Hill is also in Apples in Stereo). Fronted by Tammy Ealon, the band make crunchy powerpop that never gets too sweet. You may remember their cover of The Free Design's "Bubbles" from The Powerpuff Girls. While the band hasn't made an album since 2008's Holler & Stomp, Ealon reactivated the band in 2012, releasing a few digital singles and a best-of compilation cassette via Burger.

Making for a nice leadup will be undercard The Besties who were an '00s-era mainstay here in NYC and played the 2008 edition of Popfest. The band broke up the next year, but are back together for at least this show. Other news: The Besties' final bow, 2008's Home Free, is getting it's first-ever vinyl release. 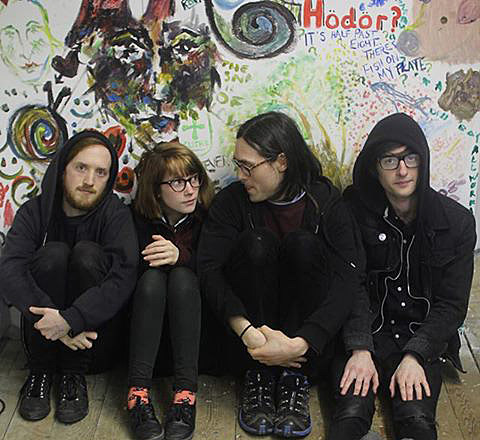 Filling the UK quotient for the night is "vegan straight-edge pop group" Martha who just this week (5/26) released their new album, Courting Strong, which is out on Fortuna Pop (Joanna Gruesome, Shrag) in the UK, and Salinas (Swearin', Radiator Hospital) in North America. The record was produced by MJ of Hookworms and is ten songs of hooky, punky guitar pop and you can stream the whole thing below. Martha's Popfest appearance is part of a full North American tour -- most shows with Salinas labelmates Delay.

Also playing the Cake Shop show: Charleston, SC's Tape Waves whose airy jangle is sort of like a female fronted Real Estate at their most-straightforward (check out new single "Stay All Night" below); and NYC-via-the-Dominican-Republic's Franny and Zooey who swiped their name from Salinger and their sound from '60s pop radio (stream last year's Bananafish EP below).

In between sets, Kip from The Pains of Being Pure at Heart will DJ. UPDATE: Kip had to cancel last minute, as Pains are flying out on tour.

Previews of Friday, Saturday and Sunday's NYC Popfest action are still to come. Meanwhile, check out streams from all five of Thursday's Popfest bands below...