The Flatmates back in the day... 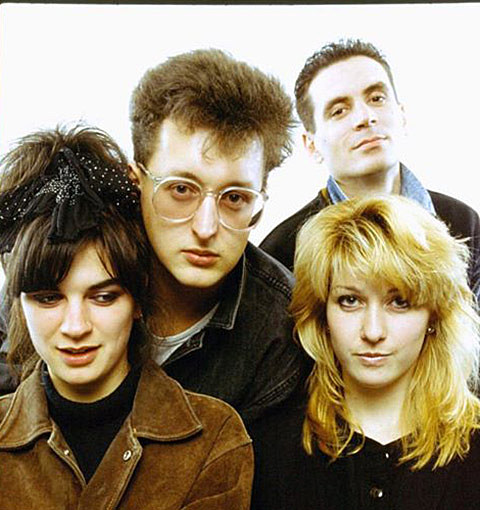 NYC Popfest returns for its eighth year from May 29 - June 1 across venues in Manhattan and Brooklyn. The line-up was just announced and, as usual, it's a mix of new and classic bands. Of the established bands, this year's line-up includes Canadians The Hidden Cameras, '80s-era UK bands The Flatmates and The Haywains, '90s/'00s band Spearmint, '90s Slumberland band Rocketship, a reunion for NYC indiepop vets My Favorite, and The Besties. New groups on the scene include Sweden's The Garlands and Don't Cry Shopgirl, UK acts Spook School and Martha, Spanish band Lost Tapes, Australian quartet The Zebras, NYC's The New Lines and more. If you're unfamiliar with some of these groups, the Popfest folks made a Spotify playlist featuring this year's line-up.

Four-day passes are on sale now. in the meantime, the full 2014 NYC Popfest lineup is listed, along with videos and streams of some of this year's acts, below...

The Hidden Cameras - Year of the Spawn 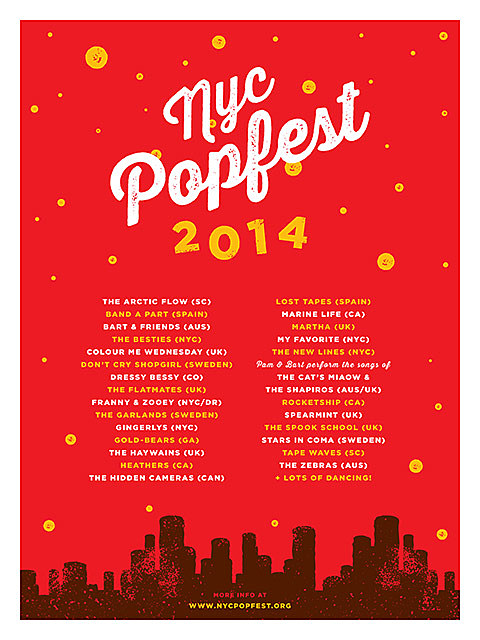