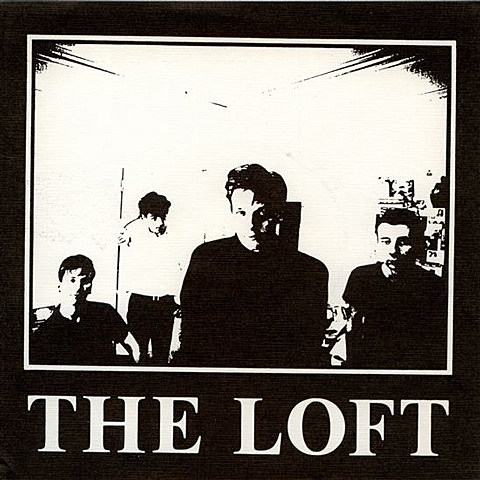 NYC Popfest has just announced the lineup for its 2015 edition which happens May 28 - 311 in venues across Manhattan and Brooklyn. Shows will happen at Cake Shop, Knitting Factory, Cameo, The Bell House, Littlefield and Baby's All Right. Schedule is still TBA but four-day festival passes are on sale now.

Like always it's a mix of bands from around the world, both new and veteran acts. Some of this year's highlights include: The Loft, fronted by Pete Astor and one of the first bands signed to Creation Records; Sweden's Club 8, one of the many bands featuring Labrador Records owner Johan Angergård; C-86 era band The Darling Buds who scored a few college radio hits in the late '80s and early '90s (and who many couldn't tell apart from The Primitives); shortlived Ann Arbor, MI band Veronica Lake who put out records on Spin Art, Simple Machines and Bus Stop and haven't played a show since 1994; The Catenary Wires, the duo featuring Amelia Fletcher and Rob Pursey of Heavenly and The Tender Trap; and Germany's Brideshead who have been making music since the '90s.

More on the international front: The Spook School, who charmed last year's Popfest crowd, and other UK acts like Young Romance, and The Just Joans; Papa Topo and Jessica & The Fletchers from Spain; plus Wallflower from Japan, and Popfest's first band from Russia, Palms On Fire.

From North America, there's Eternal Summers (who have a new album out around the time of Popfest), terrific shoegazers Wildhoney and their fellow Baltimoreans Expert Alterations, three bands from California (Lunchbox, #poundsign# and Starry Eyed Cadet), and Rhode Island's Working. And NYC is well-represented with Beverly, Roman a Clef, The Chandler Estate, Pale Lights, and Souvenir Stand.

The Popfest folks have put together a Spotify playlist featuring most all the band's playing this year and you can stream that, and check out a few related videos and streams, below. More bands may be added, but check out the 2015 NYC Popfest lineup as it stands now, below. 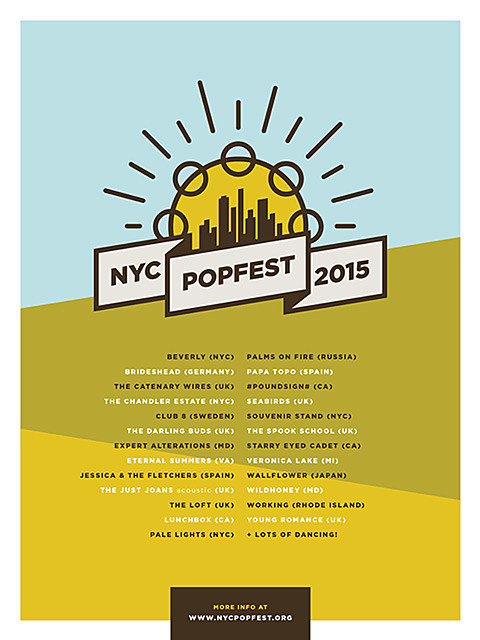