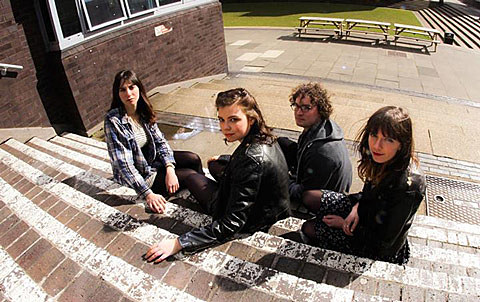 For the last few years now, the final day of NYC Popfest has been an all-day show at Littlefield in Gowanus. This year is no exception though things seem to be starting a little later than usual. This Sunday (6/1) features nine bands from all over the world including some of the most exciting (I think) of the whole fest.

Headlining are UK group The Popguns, who started amongst the C-86 scene. I wrote previously:

The Popguns' initial run lasted from 1986 - 1996 during which time they released four albums and nearly a dozen singles. They weren't on the original C86 cassette but their sound -- breathless janglepop, big choruses, catchy melodies, -- was definitely within that orbit. (Also their original drummer Shaun Charman was in The Wedding Present.) Their biggest song was probably their 1989 single, "Waiting for the Winter." The band got back together in 2012 and have been playing since.

Stream a few tracks below.

There are also a couple exciting new UK bands on the bill too. In addition to The Spook School (who we just posted about), there is also London's Colour Me Wednesday who cite early-'90s indie rock as an influence though they dabble in ska a bit too. The band's debut album, I Thought It Was Morning, came out last summer. It's a charmer and you can stream it below. If you can't make this show, they're playing Death by Audio on Saturday (5/31) with tourmates Spoonboy. 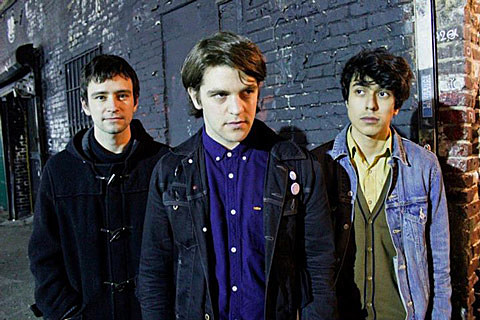 Also on the bill: Los Angeles trio Heathers who make buzzsaw jangle guitar pop. The band recently released an EP of Wedding Present covers which may give you an instant idea of where they're coming from, sonically, but their own songs are catchy too. Stream their most recent 7" and those Weddoes covers below.

In a similar vein are Georgia's Gold-Bears whose terrific new album, Dalliance (another Wedding Present reference perhaps), can currently be streamed at Pitchfork. They're a bundle of energy onstage and are currently on tour too (including another NYC show at Shea Stadium on 6/3).

Still more: Brooklyn band The New Lines whose crystalline sound recalls Broadcast, Stereolab and '60s cult band The United States of America. They can pull off that sound live too. Stream a few tracks from last year's Fall in Line below.

Get to Littlefield early and you'll catch Pam Berry (Black Tambourine, Glo-Worm) and Australia's Bart Cummings performing the songs they recorded together as The Shapiros, plus they'll do songs from Bart's former band The Cat's Miaow. Pam's doing a solo show earlier in the day at Trans-Pecos with Mark Monnone, Rocketship and Beverly. 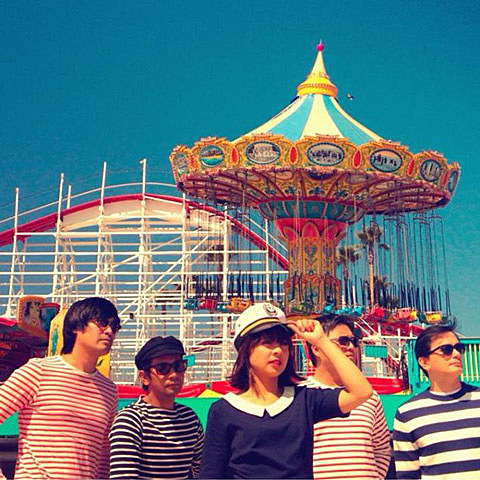 Even earlier: the soaring pop of San Francisco's Marine Life, and the day kicks off with Lost Tapes from Spain whose ringing guitars and hushed vocals make for a nice combo. Stream their most recent EP below.

The Popguns - Waiting for the Winter

The Popguns - Still A World Away