The Popguns back in the day... 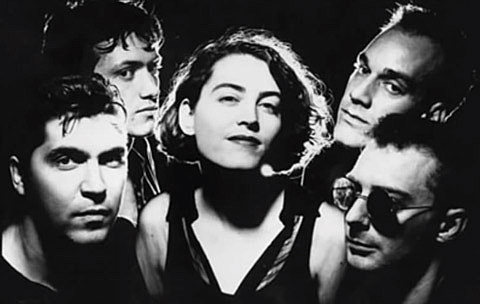 Some good news / bad news from the NYC Popfest folks. The bad news is that Canada's The Hidden Cameras have had to drop off the lineup. That's the second time they've canceled a NYC show this year. On the plus side, long-running UK band The Popguns have been added to the line-up of the all-day 2014 Popfest finale at Littlefield on June 1 that also features Colour Me Wednesday, The New Lines, Gold-Bears, The Spook School and more.

The Popguns' initial run lasted from 1986 - 1996 during which time they released four albums and nearly a dozen singles. They weren't on the original C86 cassette but their sound -- breathless janglepop, big choruses, catchy melodies, -- was definitely within that orbit. (Also their original drummer Shaun Charman was in The Wedding Present.) Their biggest song was probably their 1989 single, "Waiting for the Winter." The band got back together in 2012 and have been playing since. You can check out a few videos and streams below.

Tickets and festival passes for NYC Popfest are still available. Since we last posted, NYC Popfest has revealed their day-by-day schedules and you can check that out below.

The Popguns - Waiting for the Winter

The Popguns - Still A World Away