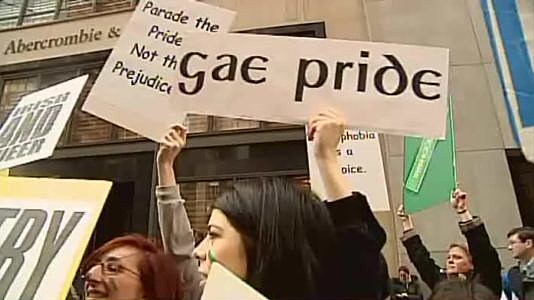 In a desperate move to save their remaining beer sponsorships, the New York City St. Patrick's Day Parade organizers have decided to let one gay group march in the parade in 2015. Mayor Bill de Blasio, Guinness, and Sam Adams all boycotted the parade this year, which clearly scared the organizers into what they say is only "political correctness."

The Associated Press reports that OUT@NBCUniversal, NBC's LGBT worker support group, will march with an identifying banner in the parade. It's not clear if they were specifically invited or applied to march. (NBC broadcasts the parade.) No other gay groups are expected to march this year. [Gawker]