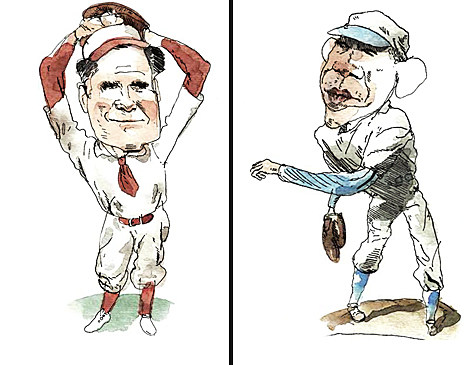 In addition to there being a bunch of Hurricane Sandy Relief benefits in NYC tonight (11/6), you may also be aware it is Election Day and what is looking like is gonna be a real squeaker. Any bar with a TV is likely to be showing election coverage but there are some more thought-out viewing parties are happening around NYC:

The Bell House have a free one at 7:30 PM co-presented with Vanishing Girl with host Liam McEneaney and DJ Mike Doughty.

Le Poisson Rouge have a free one at 7 PM presented by Kevin Powell and BK Nation with DJ Herbert Holler and special guest Pete Rock.

HiFi Bar will be open and showing a live broadcast of the election with "$4 Radeberger Pilsner and $5 Stoli Flavors from 9pm-12am."

UCB East has an 'Election 2012 Coverage Extravaganza' at 8 PM with "color commentary from UCB comedians." It's free, but reservations are "sold out", but there will be a standby line.

Freddy's Bar in Brooklyn will be showing the election coverage on their big screen in the back room at 7 PM.

Zebulon lists tonight's show as "Election NIght Shenanigans" with "a bad lip reading of the first 2012 presidential debate" being among tonight's features.

Union Pool "will be holding Election Night coverage in the front room. With our hi-res, bi-partisan projector, we will be projecting MSNBCrap & Comedy Central's sweet news coverage starting at 8pm. Please, come join us for drink specials throughout the night as we await the fate of our country's next four years."

These are the ones we know about. What else?