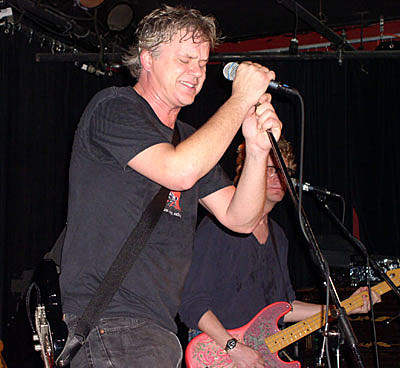 2) Sin-e - the lower east side venue is supposedly closing in April.

As many of you know, Sin-é (pronounced shin-ay) was an important music venue exposing many New Yorkers to vital talent in the early 90's. Located on St. Mark's Place in the East Village, Sin-é gave wings to such performers as Katell Keineg, Jeff Buckley, and David Gray. The informal atmosphere and devoted regular audience were instrumental in creating a fertile musical scene that flourished until Sin-é closed it's doors in the mid 90's.

Sin-e re-opened in its current LES side location in 2003.