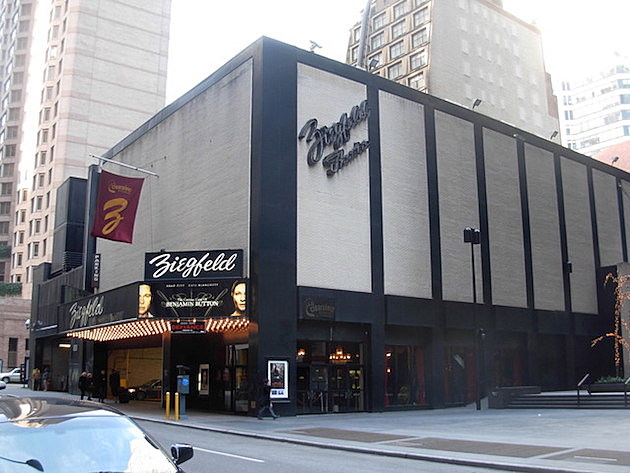 The Ziegfeld Theater, the last of NYC's massive, old-school "movie palaces," is going dark, closing for good in the next few weeks. It will then undergo a two-year renovation and become a corporate events space. The 1,300 seat theater, which opened in 1969, is currently showing Star Wars: The Force Awakens. If you haven't seen the new Star Wars yet, it might be worth making an effort to see it there. The only single-screen theater that will remain after Ziegfeld closes will be midtown's 571-seat Paris Theater. The new lease-holders do say they will still try and honor Ziegfeld's past and occasional hold movie screenings there. 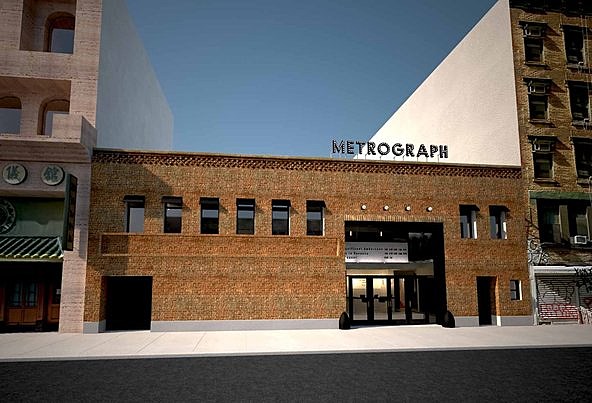 Jean Eustache (March 9-17)
Extended engagements of Eustache's two features "The Mother and the Whore" (1973) and "Mes Petites Amoureuses" (1974), along with "Les Mauvaises Fréquentations" (1963), "Santa Claus Has Blue Eyes" (1967) and more rare imported prints. Presented with support from the Cultural Services of the French Embassy and Institut Français. Special thanks to Amélie Garin Davet, Mathieu Fournet, and Françoise Lebrun

"The Student Nurses" (One Week Revival: March 11-17)
The sole female filmmaker in a renowned boys' club, Stephanie Rothman made a small, but significant series of subversive exploitation films. One of her greatest films is the ensemble drama "The Student Nurses," which forgoes cheap psychologizing and sexual gratuity for a nuanced take on the professional and personal options faced by women. Metrograph will present a new 35mm print from Academy Film Archives, with support from the Women's Film Preservation Fund and Cinema Conservancy.

"A Space Program" (One Week Engagement: March 18-24)
World-renowned contemporary artist Tom Sachs transformed New York's Park Avenue Armory into a space station, immersing visitors into a large-scale installation, titled "Space Program 2.0. Mars." In this new documentary, co-directors Sachs and Van Neistat give viewers intimate glimpses into the production of this beautiful and playful world, following the crew as they embark on a risky mission to the red planet. "A Space Program" is a vivid work of art on its own terms.

Three Wiseman (March 25 - April 14)
Among the greatest and most influential documentary filmmakers who ever lived, Frederick Wiseman is more than just a capturer of reality on screen: he's a conjurer of unforgettable images and a true artist, chronicling the last half century of American life. Metrograph will show three of his earliest masterpieces--"Titicut Follies" (1967), "High School" (1968), and "Hospital" (1970)-- in new 35mm prints. The films were preserved by the Library of Congress National Audio-Visual Conservation Center from original camera negatives in the Zipporah Films Collection.

"Office 3D" (One Week Engagement: March 25-31)
Hugely popular Hong Kong auteur Johnnie To, primarily known for his action movies, surprised and delighted his fans this past year with the remarkable "Office," a stylish, buoyant musical shot in 3D featuring grand, eye-popping set design reminiscent of Jacques Tati's classic "Playtime." Adapted from her own stage play by Sylvia Chang, who also costars, "Office" takes place in an austere yet exquisitely realized high-rise, where two new assistants attempt to climb the corporate ladder and please the head honcho (played by the imperious Chang).

"Afternoon" (One Week Engagement: April 1-7)
Taiwanese director Tsai Ming-liang ("The River," "What Time Is It There?"), one of the most tirelessly brilliant filmmakers in the world, sits down for an extended conversation with his long-time muse Lee Kang-sheng, in a ramshackle rural house to discuss all manner of things professional and very personal. True Tsai fans, prepare to bliss out.

"The Measure of a Man" and Vincent London Retrospective (One Week Engagement: April 15-21)
One of the most robust and dynamic actors currently working in French cinema, Vincent Lindon officially arrived as a force to be reckoned with on the international stage when he won the best actor award at the Cannes Film Festival in 2015 for "The Measure of a Man." On the occasion of the release, Metrograph will present a selection of films that showcase four of his greatest performances. Each of them uncovers a different facet of this generous and vital leading man, a tough-guy and a romantic hero in equal measure. Films include "Seventh Heaven" (1997), "Friday Night" (2002), "Pater" (2007), and "Bastards" (2013)

"Los Sures" (One Week Engagement: April 15-21)
Thirty years ago, South Williamsburg was known as "Los Sures," a place imbued with vibrant life, a community of close-knit Puerto Rican and Dominican families living amidst everyday economic struggle. Today, with the neighborhood fully gentrified, it feels vital to remember this lost world, and Diego Echeverria's essential documentary, shot in the early eighties on 16mm, brings it all back to life, through the eyes of five different residents.

"Hockney" (One Week Engagement: April 22-28)
For the first time, the brilliant artist David Hockney has given us access to his personal archive of photographs and home movies; the result is an unparalleled visual diary of his life. Randall Wright's new documentary "Hockney" weaves together a portrait of the multifaceted artist from this intimate, never-before-seen footage and frank interviews with close friends. One of the great surviving icons of the 1960s, Hockney started his career with nearly instant success, but in private he has struggled with his art, relationships, and the tragedy of AIDS, making his optimism and sense of adventure truly uplifting.

Fassbinder: To Love Without Demands (One Week Theatrical Engagement: (April 29 - May 5)