Judge back in the day (photo by Chuck Miller) 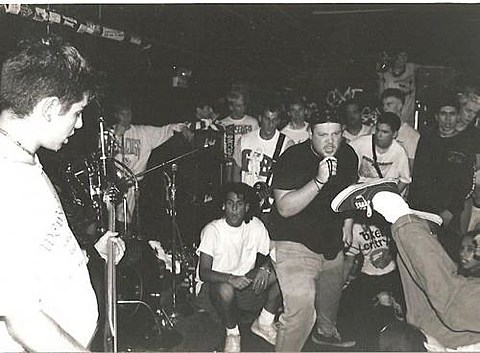 Hardcore fest Black and Blue Bowl is returning to NYC this year on May 18 on Webster Hall. Today East Village Radio announced the lineup on the live stream of their mobile/web-cast, and the headlining set will be a reunion from NYHC legends Judge (!), who were formed by members of Youth of Today in 1987 and broke up in 1991. Stay tuned for the rest of the lineup and ticket information. UPDATE: Full lineup announced.

A classic live video below..