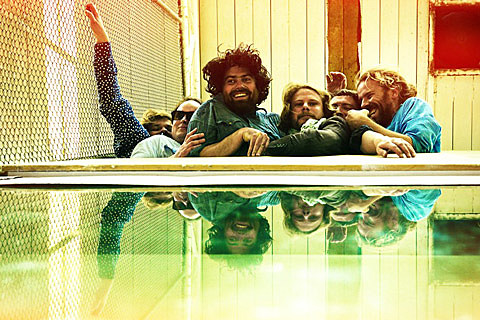 New Zealand band The Phoenix Foundation released their sprawling fifth album, Fandango, last year -- a double-disc set of widescreen pop clicking to a krauty groove. It was maybe their best yet and if you haven't heard it -- opening cut "Black Mould" is a stunner -- you can rectify that via Rdio.

A year later the band are already back with a new record, an EP titled Tom's Lunch, which will be out August 26 via Memphis Industries. The EP ends with an eight-minute slice of motorik sunshine, "Race Day," which makes its premiere in this post. You can stream it below.