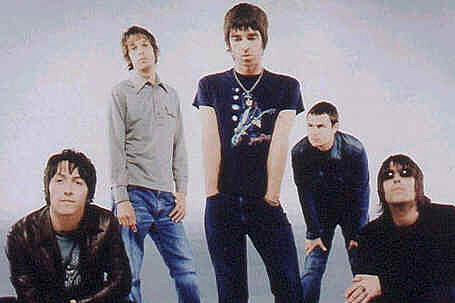 Oasis announce today the American leg of their Dig Out Your Soul world tour. The tour, the band's first US tour in 3 years, kicks off on December 3 in Oakland, CA and includes the band's triumphant return to NYC's Madison Sq. Garden on December 17th. This US tour follows Oasis' biggest ever UK arena tour which sold over 180,000 tickets within an hour of going on sale. Ryan Adams & The Cardinals will be Special Guests on all dates.

Oasis is set to release their seventh studio album, Dig Out Your Soul on October 7th. The album and the Noel Gallagher penned first single, "The Shock of the Lightning," mark the first Oasis music to be released on their own Big Brother label. Dig Out Your Soul sees Dave Sardy return to the producer's chair following his work on their 2005 album, "Don't Believe The Truth." Recorded at Abbey Road and mixed in Los Angeles, all four members once again contribute tracks.

For a limited time, every Oasis ticket order made through Ticketmaster, comes with the option to upgrade to a special package containing your concert ticket, the brand new "Dig Out Your Soul" cd, and an exclusive Oasis t-shirt available ONLY in this promotion.

Tickets for the shows go on sale October 3 at 10am.

No rescheduled date at Terminal 5 - just much larger venues this time around...