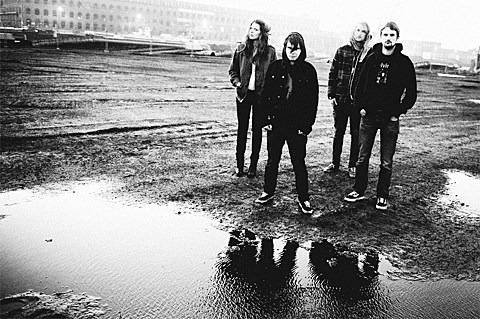 Belgium melodic hardcore/screamo band Oathbreaker put out their excellent sophomore album, Eros|Anteros, last year via Deathwish but still haven't gotten a chance to come to North American in support of it. We found out that would finally change when the band was announced for Cambridge's Deathwish Fest (7/22-23) and we're now happy to announce they'll be going on a tour with labelmates Cult Leader (aka 3/4 of Gaza who basically pick up where Gaza left off) which kicks off right after that festival.

The tour begins in CT on 7/20, hits Long Island's Amityville Music Hall on 7/21 (tickets), and then after Deathwish Fest, comes to NYC for a BrooklynVegan-presented show on July 24 at The Acheron with another Deathwish band, North Carolina's metallic hardcore rippers Young and in the Way (who put out their new When Life Comes to Death LP last week), and Oakland's sludgy Badr Vogu. Tickets for that show go on sale today (6/4) at 1 PM. Show flyer, list of all tour dates, and streams from all four bands on the Acheron show, below...

Cult Leader - Nothing For Us Here

Young and in the Way - When Life Comes to Death 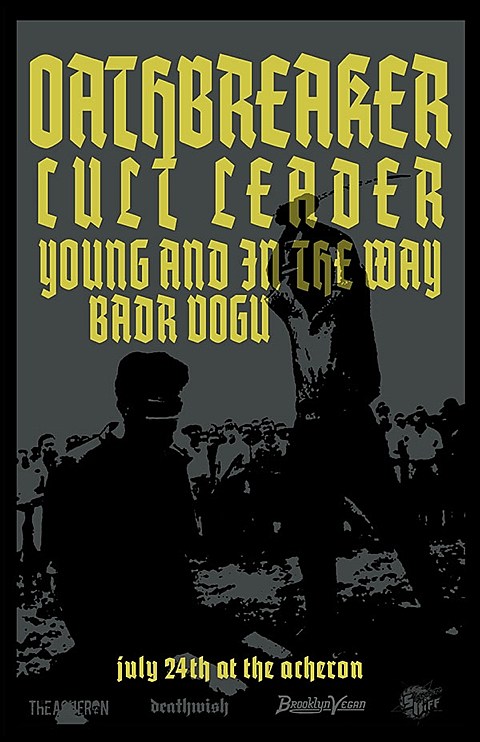 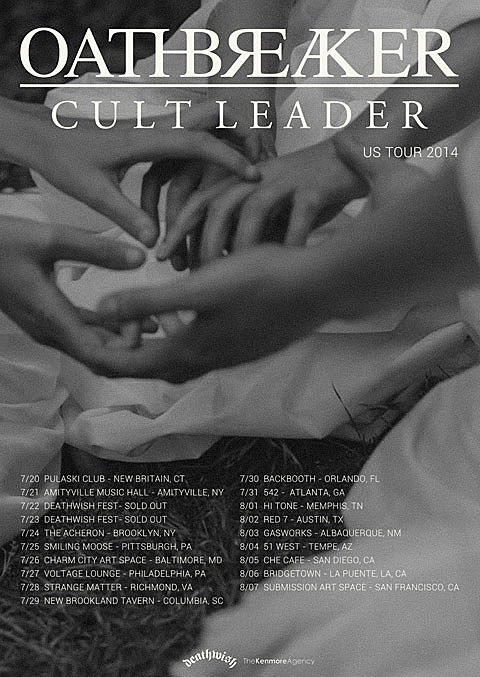