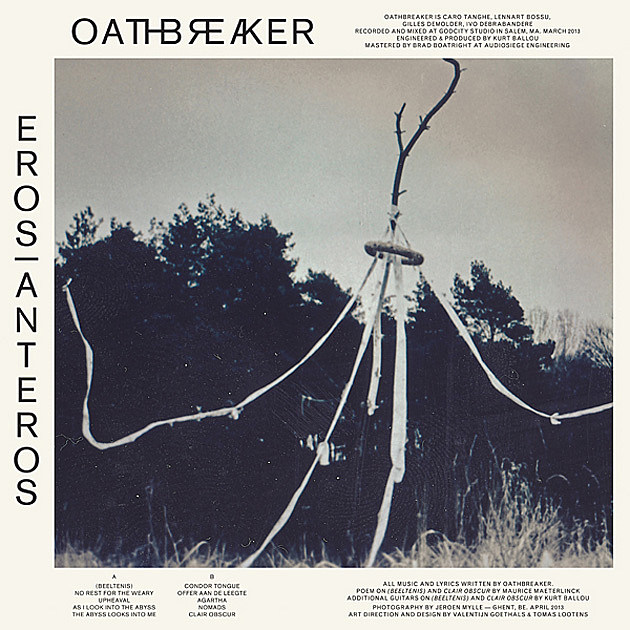 Belgium is a hotbed for a certain type of hardcore sound, embodied in bands like Rise & Fall, Amenra and others. Oathbreaker is another band that flirts with that particular oppressive-hardcore sound, yet this Belgian crew also dabbles in epic screamo (ala Envy) on their new LP Eros|Anteros due via Deathwish on August 20. Sure, black metal, post-rock, and punk/metal riffs are all present, but the band's melodicism also adds a different spin, making tracks like "Condor Tongue" that much more interesting.

Stream "Condor Tongue," alongside the band's tour schedule (no dates in the US), below.