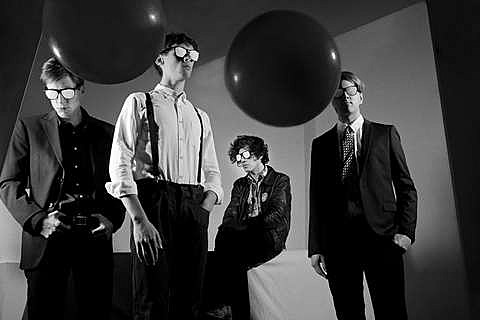 It was two weeks ago that Oberhofer were to have played Hudson Park River Rocks show with The Soft Pack when that damn dechero messed everything up with its high winds, sheets of rain and low-hanging ominous cloud formations most of us had only ever seen in Ghostbusters. While not outside or free, Oberhofer will play Brooklyn Bowl on August 29 where the strikes are of the pin, not lightning, variety. Tickets for that show are on sale now.

Meanwhile, Oberhofer have made a video for "Crusin FDR" from their enjoyable debut album, Time Capsules II, and you can watch that below.

River Rocks will wrap up the 2012 season tonight (8/9) with Grimes, Wild Nothing and DIIV and the weather looks like it's going to be ok. Doors are at 6PM.

Oberhofer tour dates are listed below along with that video