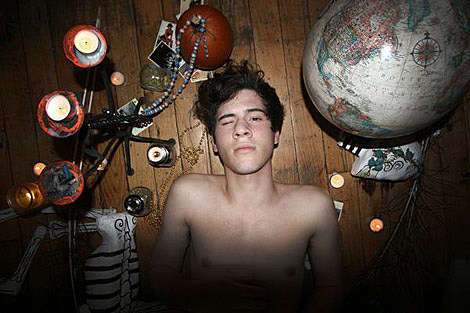 If you were like me, you spent last night at home puzzling over the LOST premiere (or maybe you went to the Bell House to watch it.) But maybe in an alternate universe I chose instead to go see Oberhofer at Pianos last night. And also in that alternate universe, everyone has health care and I own my own apartment and there is a jukebox in every high school cafeteria. I digress. Luckily for me in this world, Oberhofer are playing again this Friday (2/5) at The Studio @ Webster Hall with Radical Dads.

There's no shortage of bedroom rockers out there hawking their one-man-bands on MySpace, but Oberhofer definitely have something. While there is plenty of every home recording enthusiast's best friends, reverb and distortion, Oberhoffer is not Wavves-style scuzz. The most obvious comparison is probably The Dodos (clattery drums, glockenspiel, whistling), but I even hear a little Real Estate in there too on the track "Away FRM You" which you can download above. You can download a seven-song EP via his MySpace by giving up your email address. While the recordings are just Brad, he's put together an actual band which is what you'll The Studio @ Webster Hall on Friday. 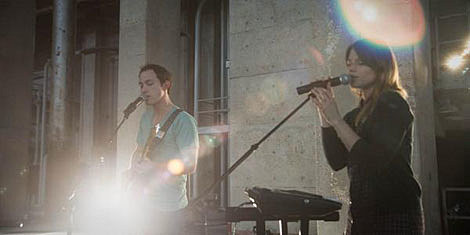 Savoir Adore will play Cake Shop the next three Thursdays. Their debut, In the Wooded Forrest, is loaded with great big pop songs and made my Favorite Albums of 2009 list and they are great live too, so if you've yet to check them out live don't wait any longer. The band has hand-picked the bands for their residency shows, and this Thursday (2/4) is especially good, featuring the very good and fun French Horn Rebellion who you might also see opening for Hot Chip this weekend. The two bands help each other out live (FHR's David Perlick-Molinari plays guitar in Savoir Adore; Savoir's singer Paul Hammer plays drums in FHR) so there should be a good party vibe going on.

Also on the bill are DJ/electronic artist Pocketknife and singer-songwriter Cameron Hull. If you'd like to go I've got a pair of tickets to give away. Just send an email with "Savoir Adore" as the subject to BVCONTESTS@HOTMAIL.COM and a winner will be chosen at random. 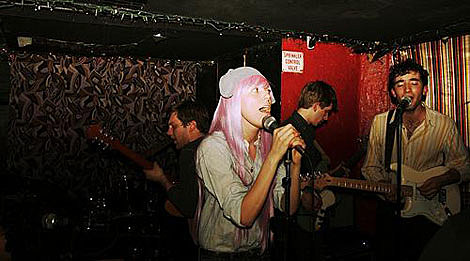 There's a lot going on this week. Also Thursday, at Studio @ Webster Hall is another Twin Sister show put on by blog Chocolate Bobka. (Seriously, McGregor puts on shows like some people put on pants [ie fairly often].) I finally got to see Twin Sister last Friday at Bruar Falls and I was pretty blown away by how good they are live. Last year's Vampires with Dreaming Kids EP (downloadable from their website), as good as it is, doesn't really give an accurate picture of what they now sound like. These days, they're combining '80s-back-to-jazz (Sade, Style Council) with more drony/Krautrock type stuff (Notwist, Stereolab). They were just fantastic live, and I haven't come away from a show that excited about a new band in some time. Totally impressed. Twin Sister have a bunch of shows coming up and I do suggest you check them out soon, as I think 2010 is gonna be big for them.

In addition to Twin Sister, the line-up includes Big Troubles -- who I like and have written about them before), as well as Run DMT, Pigeons, and Alice Cohen.

And a few more quick recommendations:

Miniboone have their record release party at Glasslands on Wednesday night (tonight, 2/3) with a few other worthy bands: Shark?, I'm Turning Into and Pet Ghost Project. $8.

The Soft Pack's debt album is out today, well worth buying, and they play a free all-ages show at Cake Shop on Friday (2/5). Doors are at Midnight. One of my favorite live bands of the last two years. if you miss the small venue show, they'll back back in March April to play Maxwell's, Mercury Lounge and Music Hall of Williamsburg (all just went on sale).

Montreal's We Are Wolves are in town this weekend, and play The Studio @ Webster Hall on Friday (2/5) and Brooklyn Bowl on Saturday (2/6). The Saturday show is also the Hot Chip MHOW afterparty with a DJ set by the band.

Golden Triangle's debut for Hardly Art, titled Double Jointer, is out on March 3 and you can download an MP3 from it, "Neon Noose," at the top of this post. The band will be going on tour around that time as well (tour dates below) but play a one-off show this Saturday at Union Pool with the Cramps-y garage of K-Holes. This should be a fairy debauched good time.

Acrylics play twice this weekend: Friday night (2/4) at Brooklyn Bowl with Tanlines as part of BAM's "Sounds Like Brooklyn" Festival. Then they're on a kind of amazing bill the next night (2/5) at Glasslands that is officially the record release party for Class Actress' debut EP. Grizzly Bear's Chris Taylor (who runs Terrible Records that both bands are on) DJs. The show also features Blood Orange (aka Dev of Lightspeed Champion) and The Morning Benders. That's a good show!

An MP3 from The Morning Benders' new album Big Echo (out March 9th on Rough Trade) is above. All of their March and April tour dates in support of the new record are below.

There's a new video for Acrylics' "Molly's Vertigo" after the jump as well, along with tour dates and flyers... 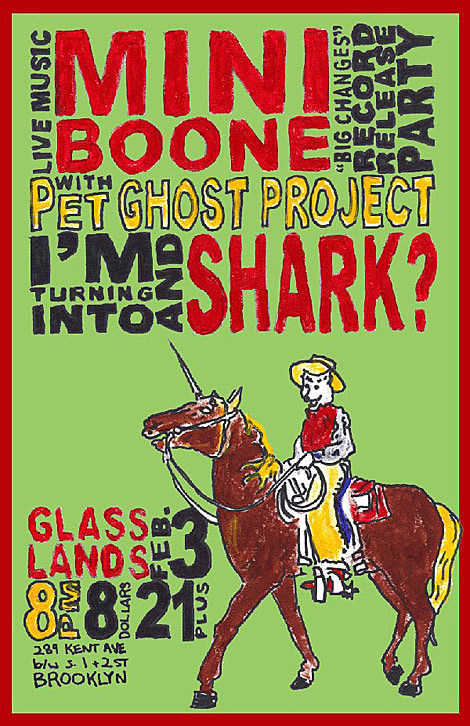 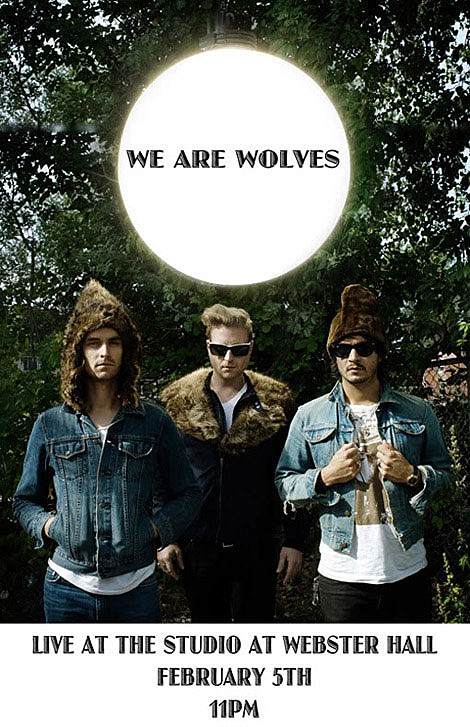 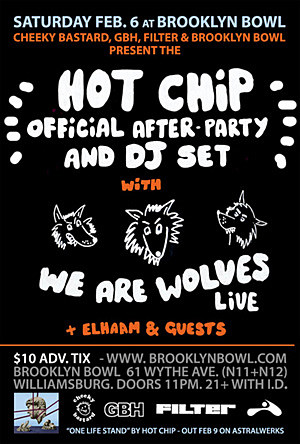 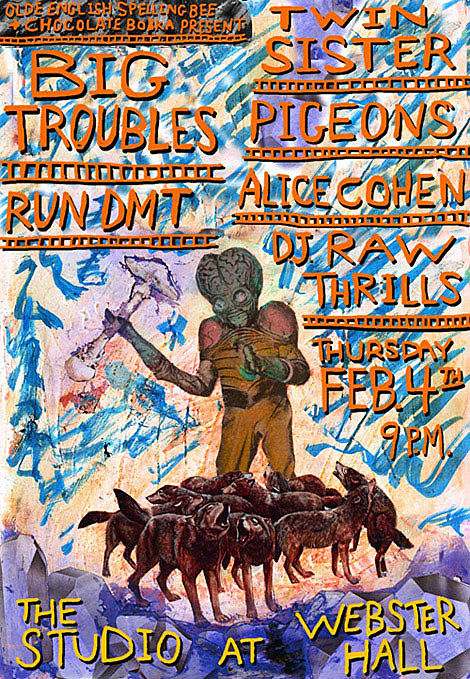 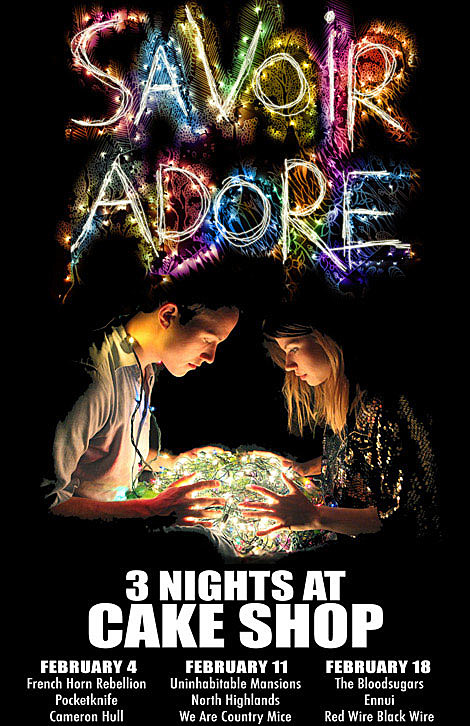 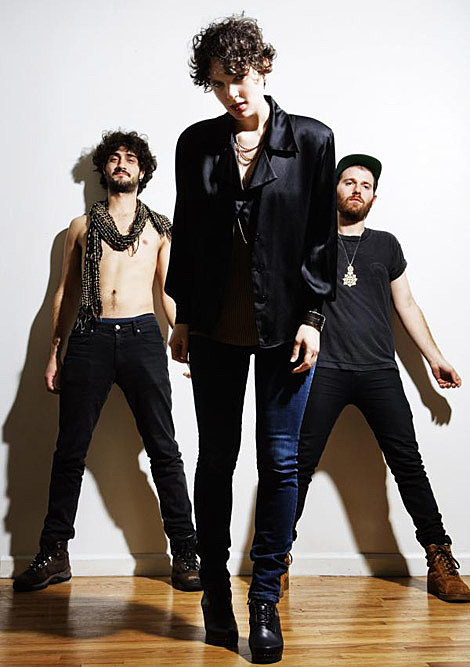